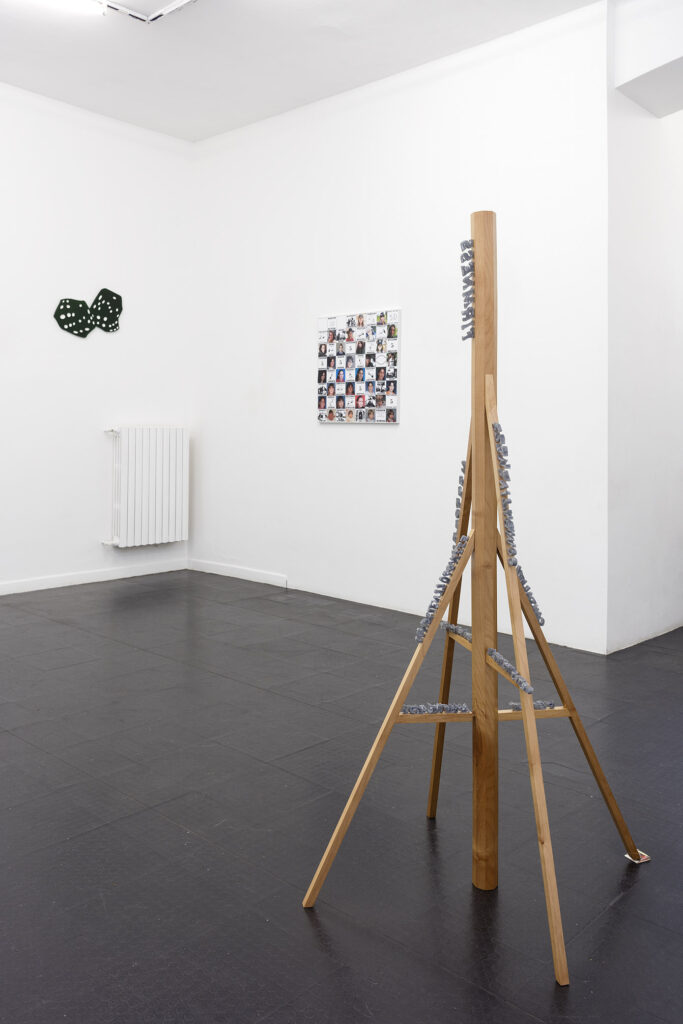 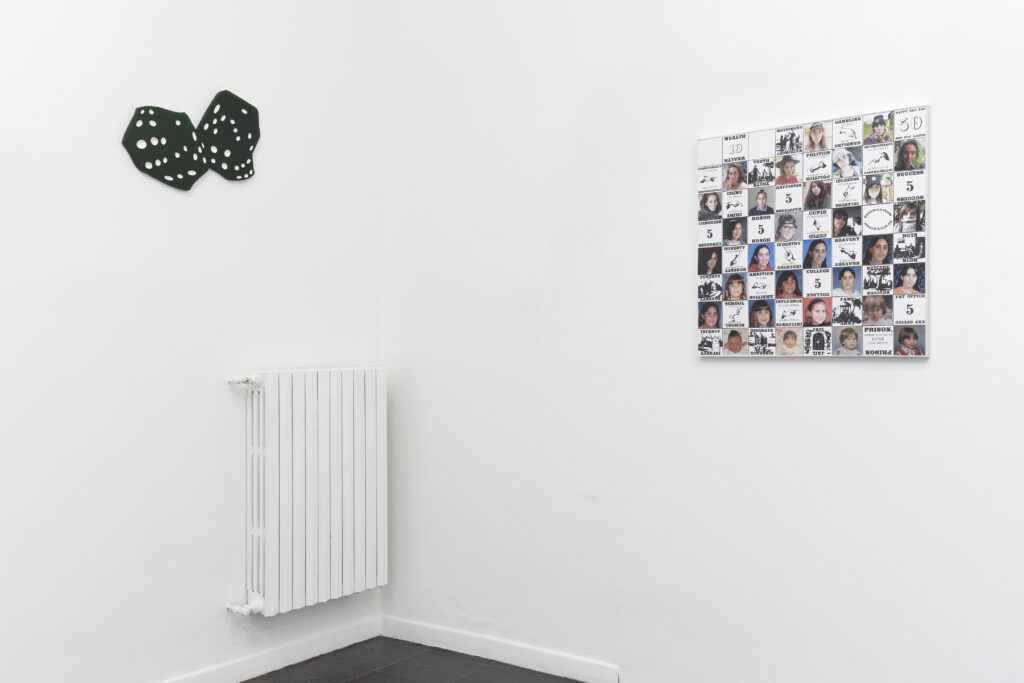 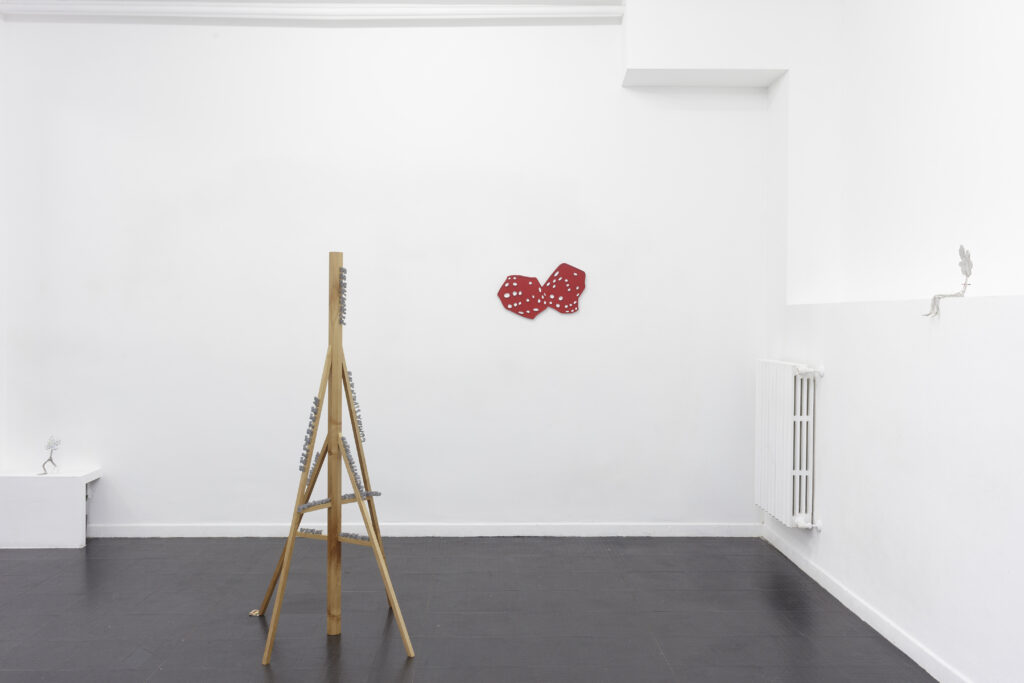 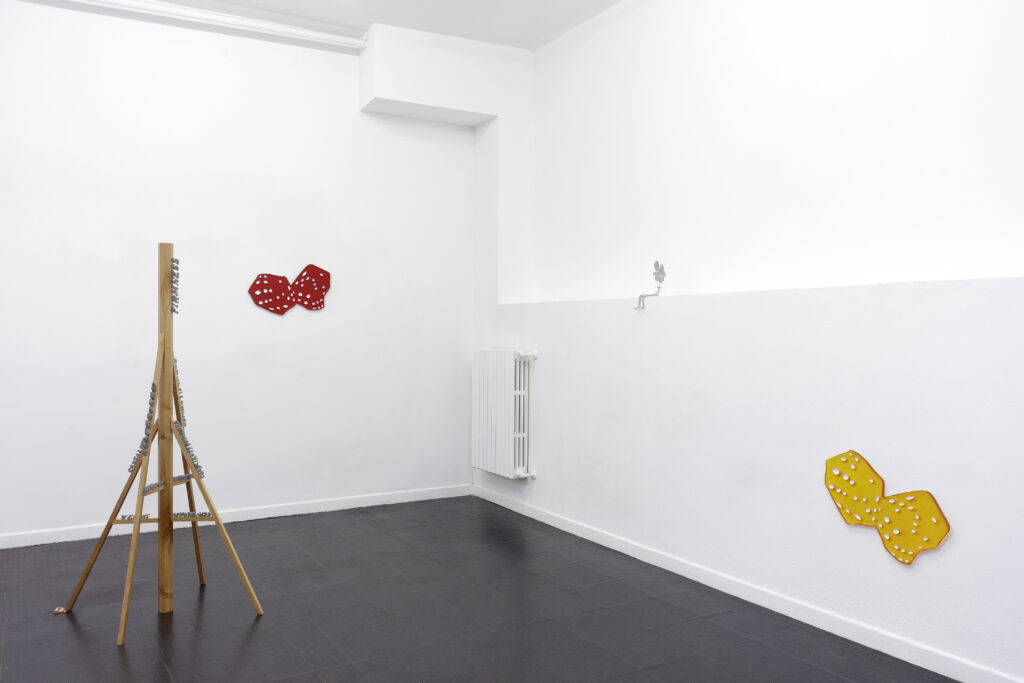 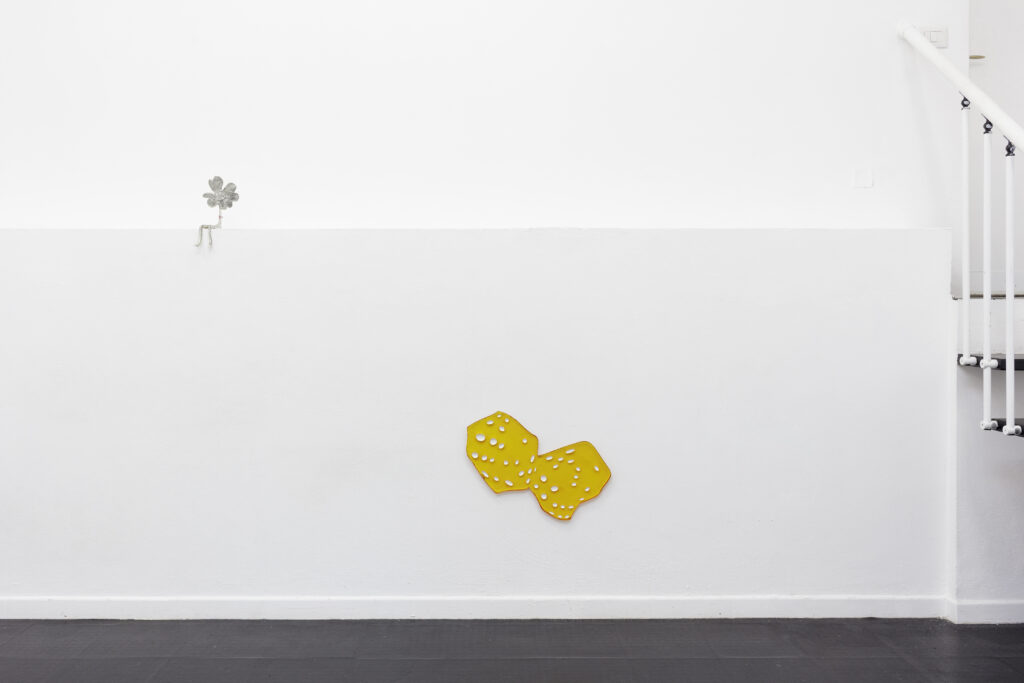 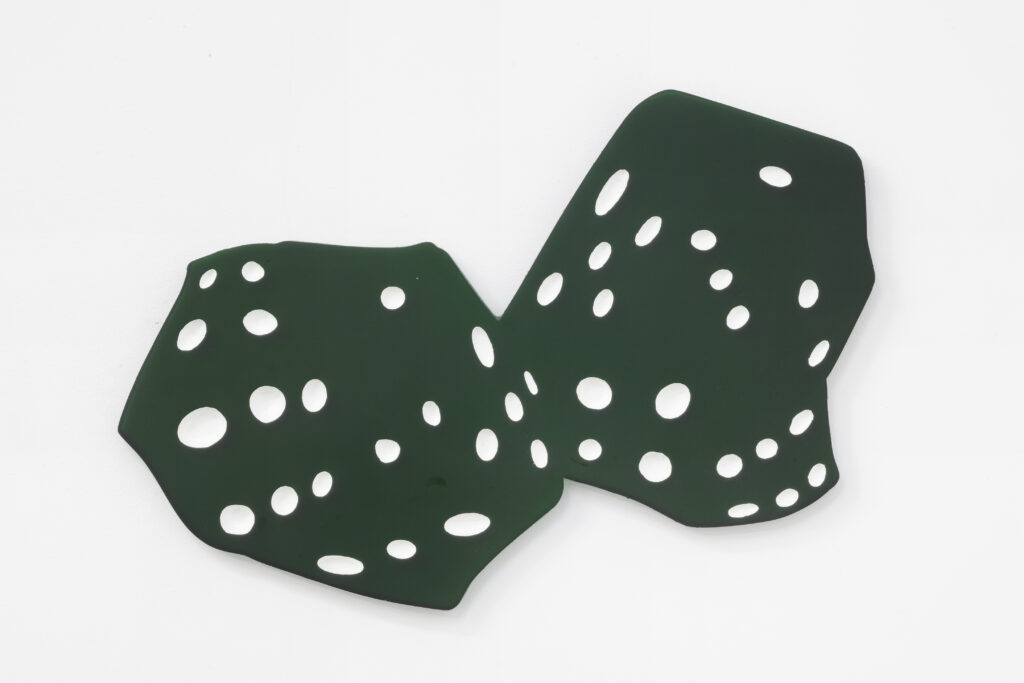 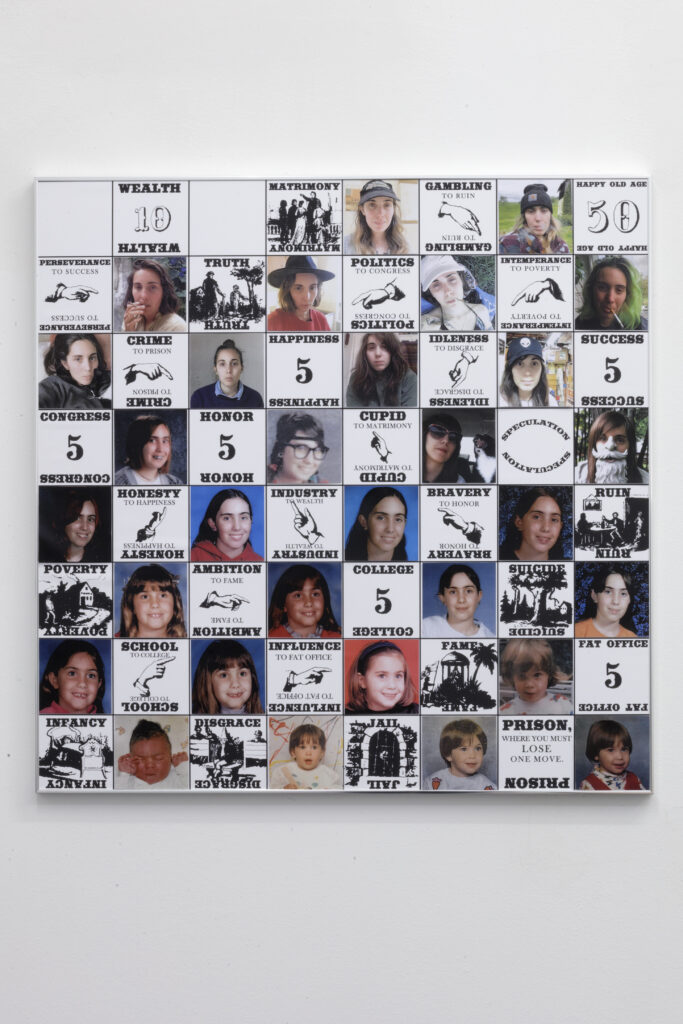 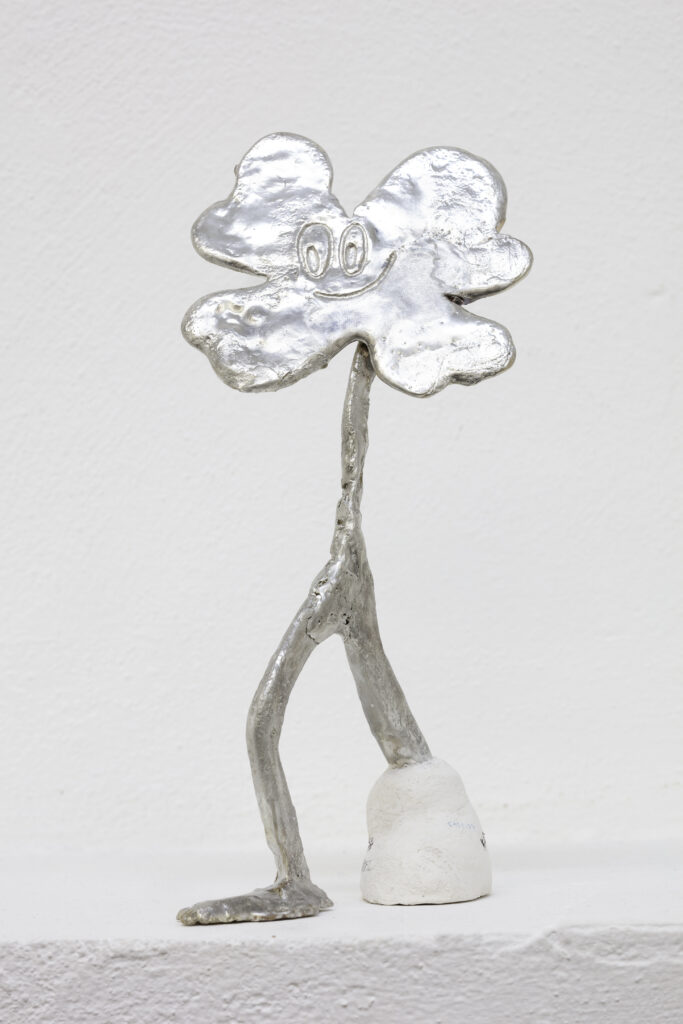 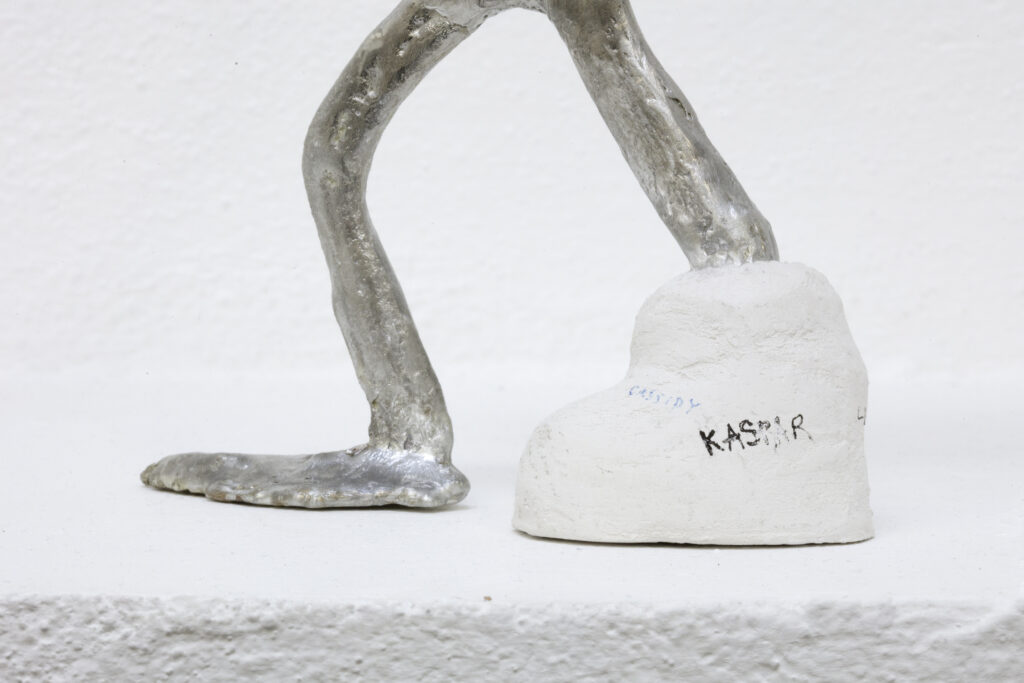 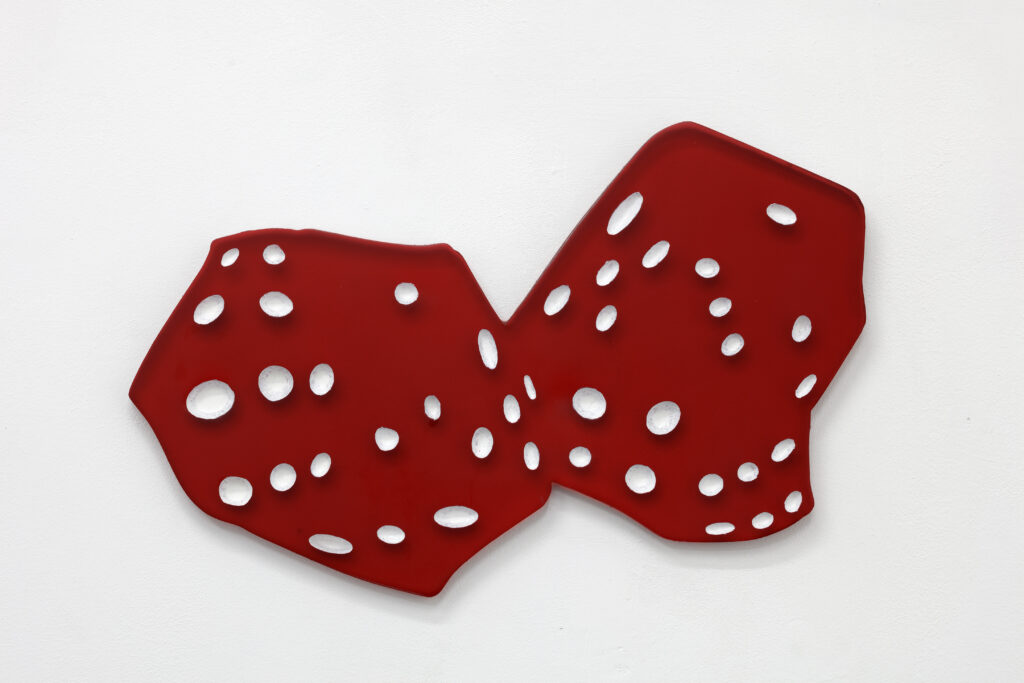 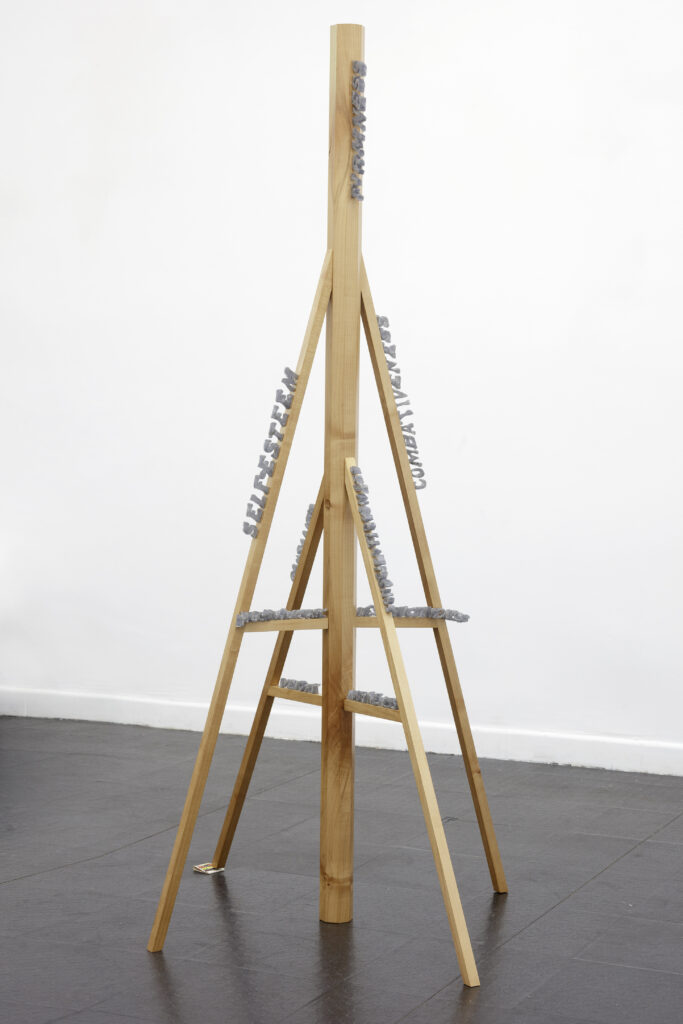 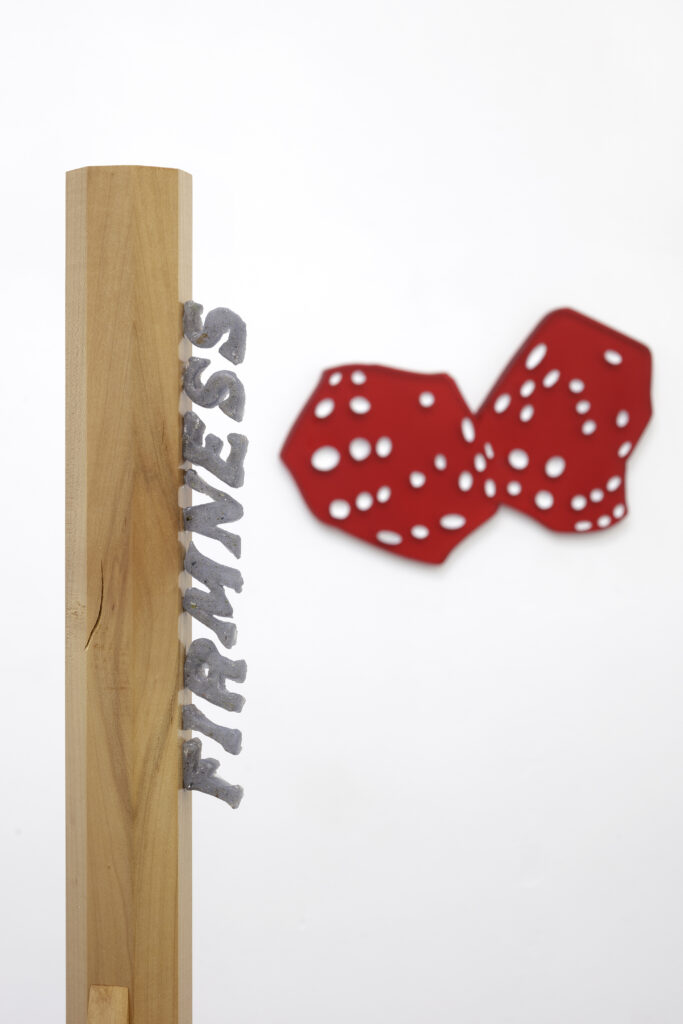 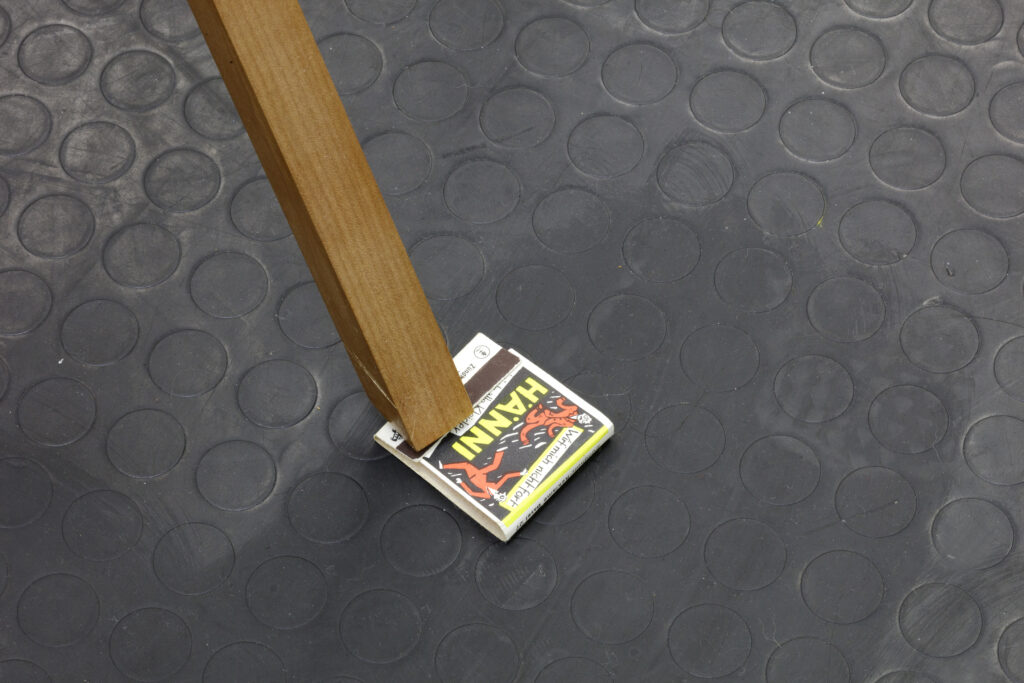 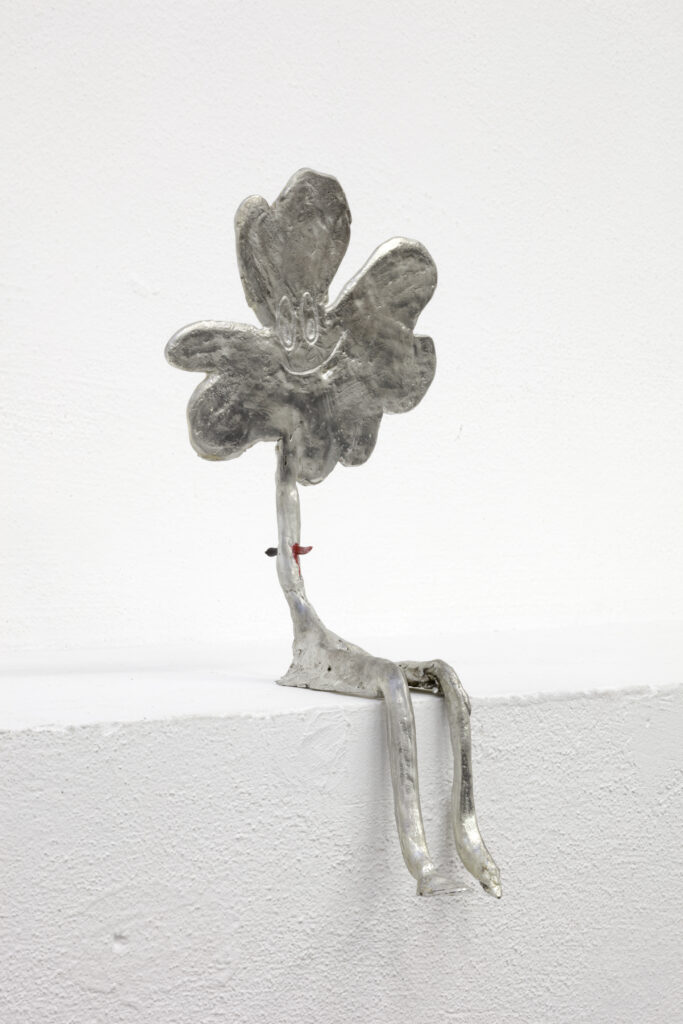 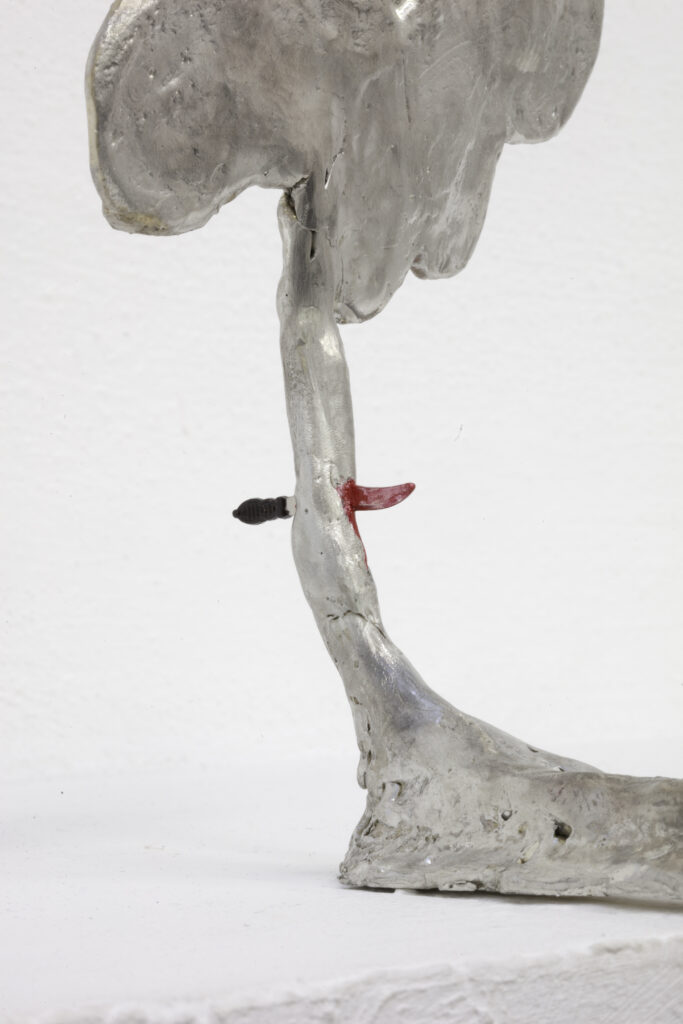 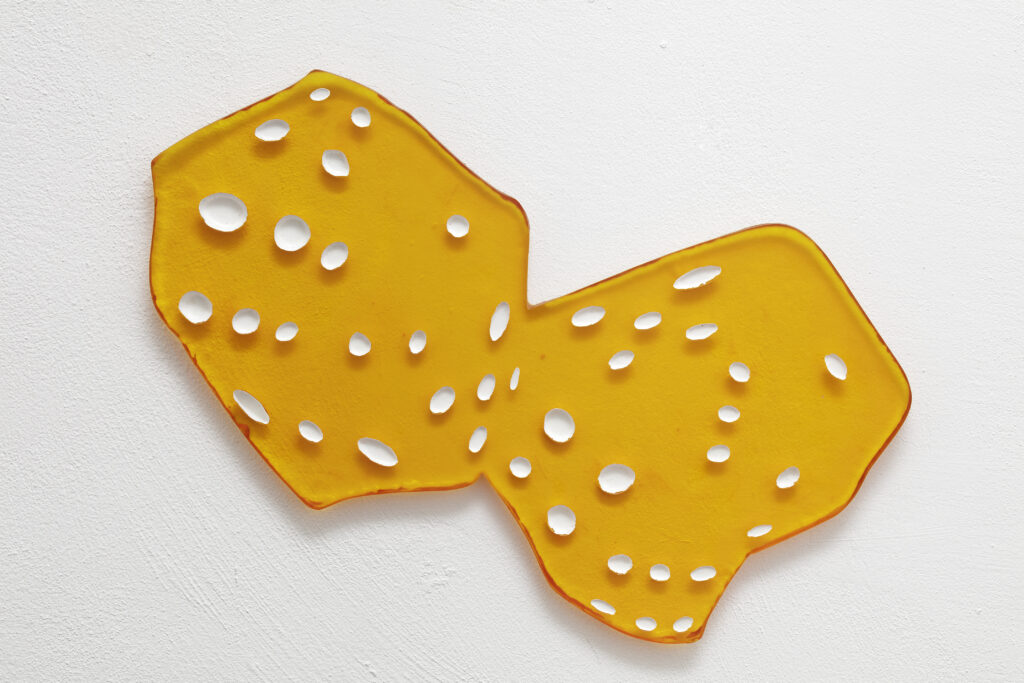 For the exhibition, Cassidy presents for the first time works designed specifically for the gallery spaces.
The exhibition is a succession of more or less obvious quotations that leave the viewer’s gaze free. As within a scenic board game, attention travels in a bounce of confounding cross-references that allow us to move among strange, playful, familiar objects,
recognizable only in part and with anthropomorphic features that make us lose ourselves in the possible stories that surround them.

The work series No Dice#1, flirting with abstraction and minimalism, reproduces 4 colored resin installations in which two dice are fused together and made to appear two-dimensional. The resins and colors are the same as those used to produce the actual dice.
The title No Dice, comes from an English expression meaning “no chance,” without hope and referring to the time when gambling was prohibited in the U.S.; during police raids, players in order not to be able to be charged, swallowed or made the dice disappear so as
to eliminate any evidence.The dice also unveil all their faces at the same time, thus revealing all possibilities at once.

On the main wall, a framed print recalls a famous American board game “The Checkered Game of Life”(1860) by Milton Bradly’s.
The game encapsulates the Puritan spirit of the time and seeks to give rules to form “the good citizen” from youth to old age. In this case, Cassidy Toner modifies the boxes, inserting pictures that depict the artist at various times in his life, from birth to his thirtieth
birthday; turning it into a game that encapsulates the stages of her existence.

As characters within this board game expanded into the gallery space, two small statues of four-leaf clovers – smilingly crossing the viewers’ gazes – tacitly endure a reality that conceals physical pitfalls and suffering.
“We must cultivate our garden” (After Candid) sits and observes the knife that has been stabbed into his back.
“It’s cool, I’m good”(After Stanya Kahn) depicts a clover walking forward even though his back leg is wrapped in a cartoonish cast (signed by the artist).

In a play of references to pop culture, the personal sphere, and art history; everything seems to want to draw attention to the works’ superficial, textural tone.
The colors, materials, and shapes are sensual and familiar, allowing one to be able to approach the works with the same ease and attraction that a game possesses. Each work insists on aspects of the human soul and psyche that highlight its contradictions, frailties, and attempts to escape from reality.
A short circuit, true or false, where the superficial is dense and the profound becomes amusing, where what is studied is mixed with what is superstition or invention, where there are invented rules that become true laws of the world….like La Legge del Menga.