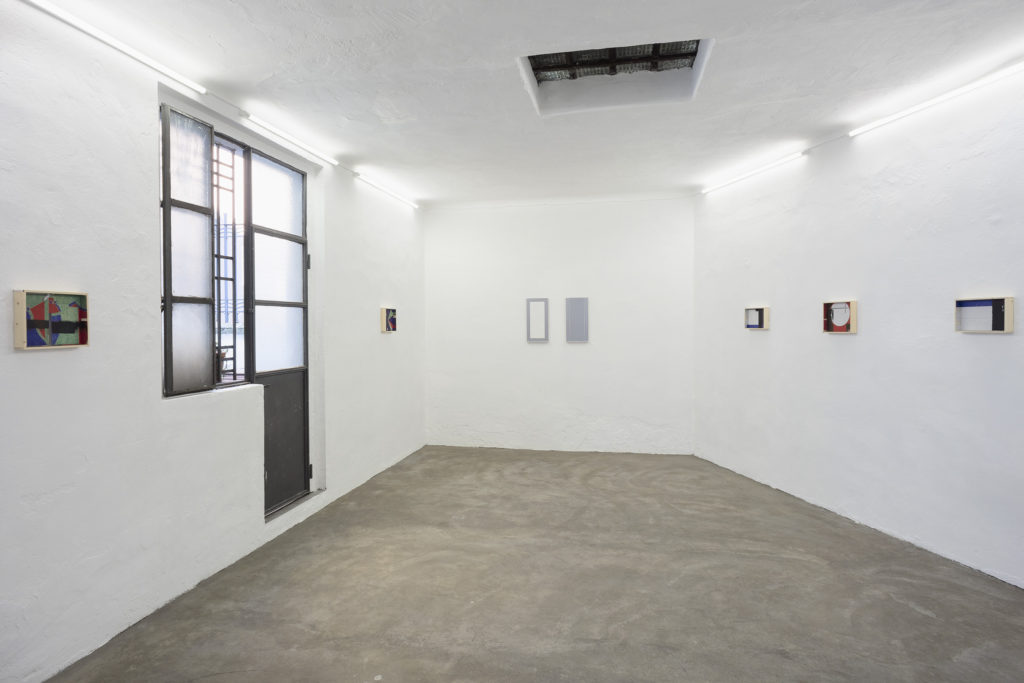 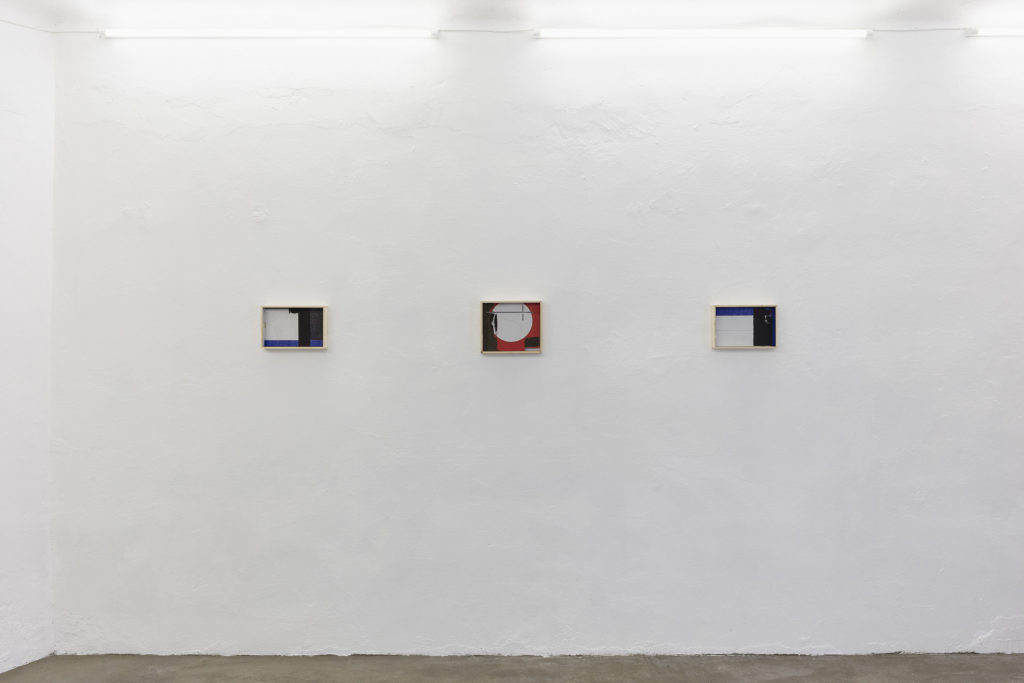 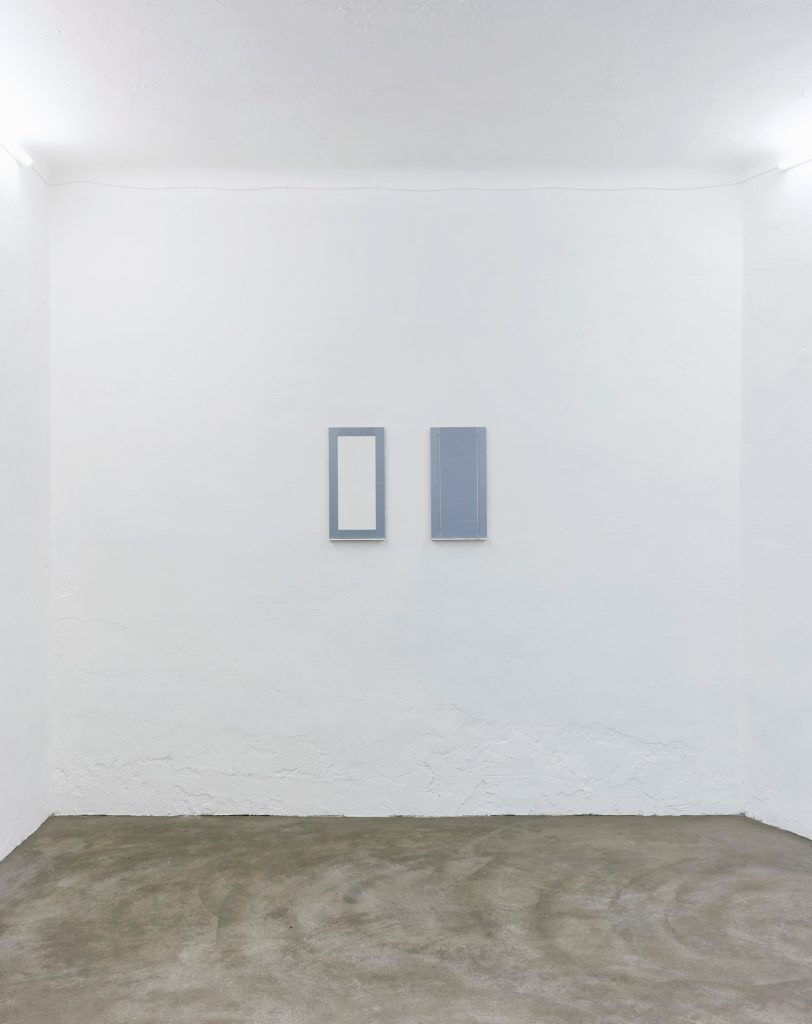 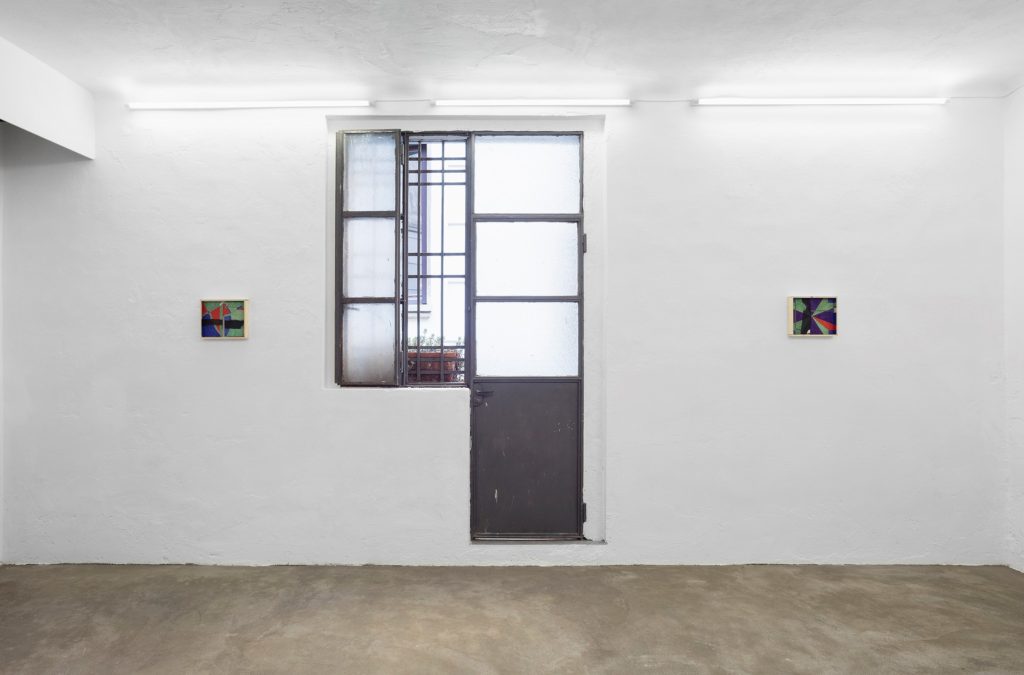 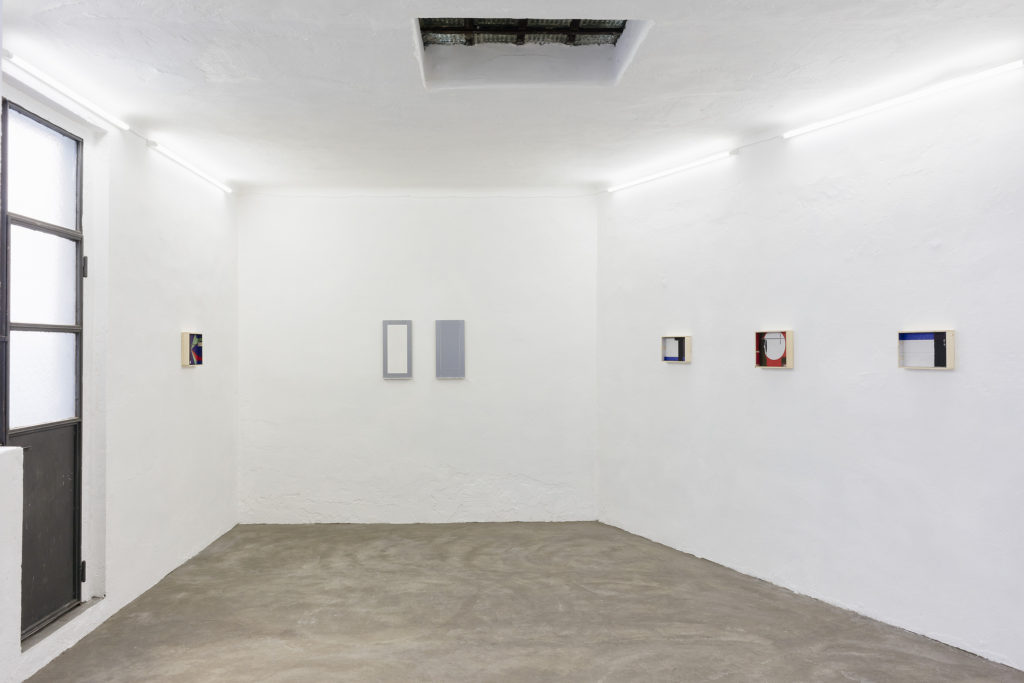 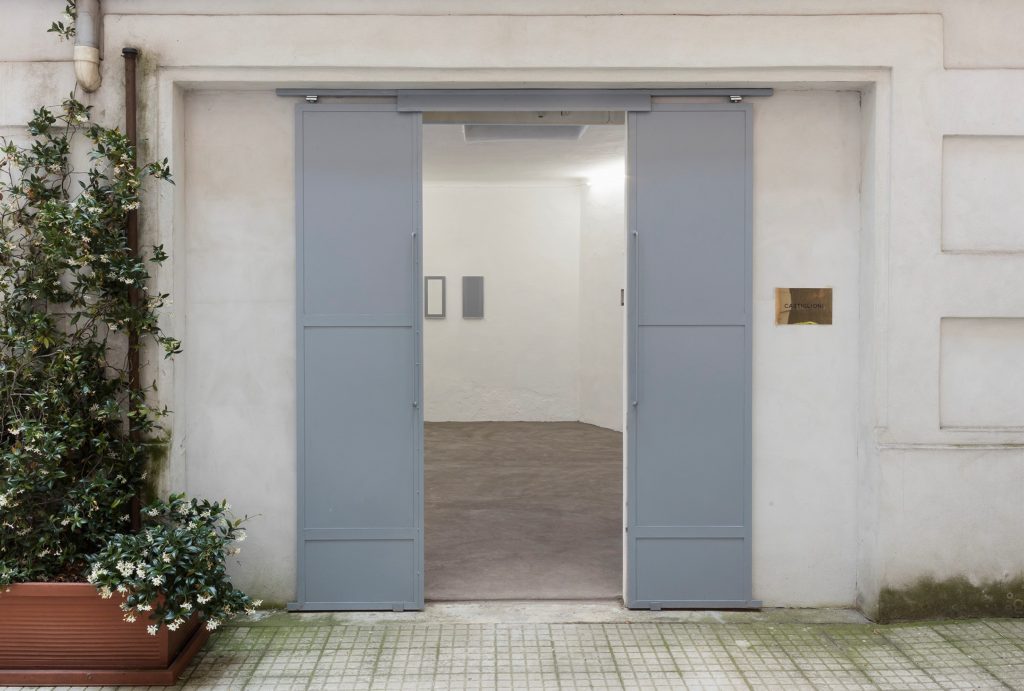 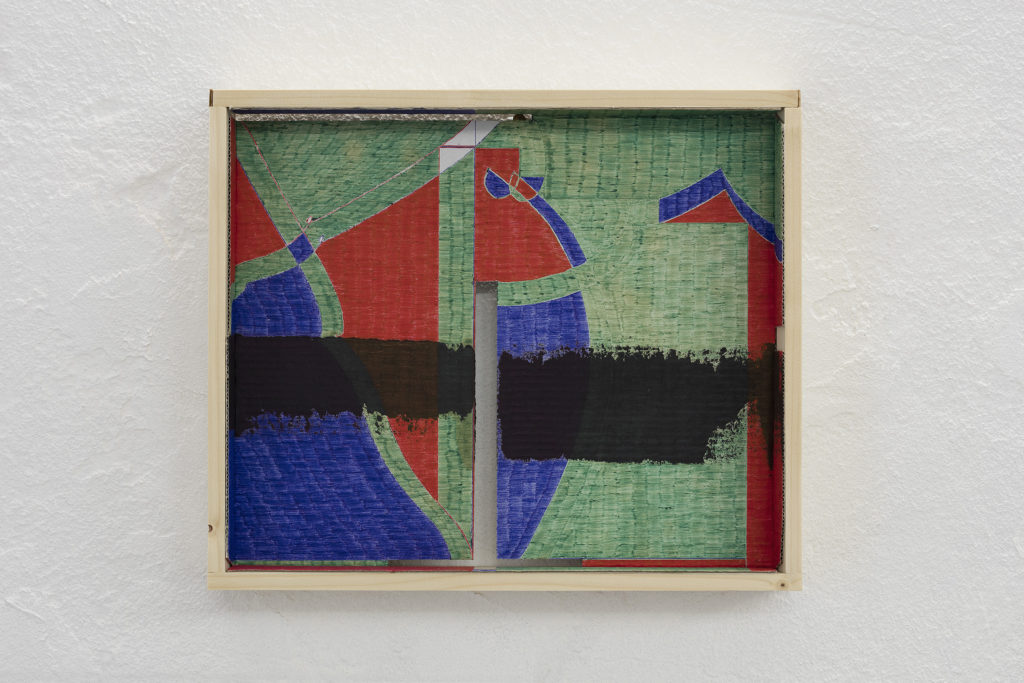 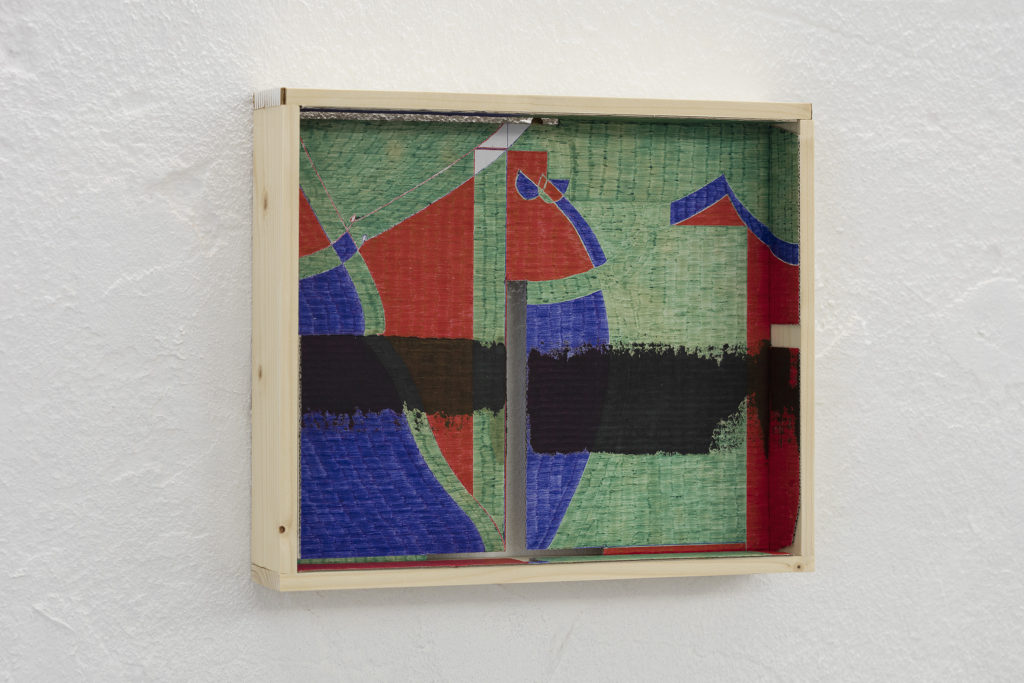 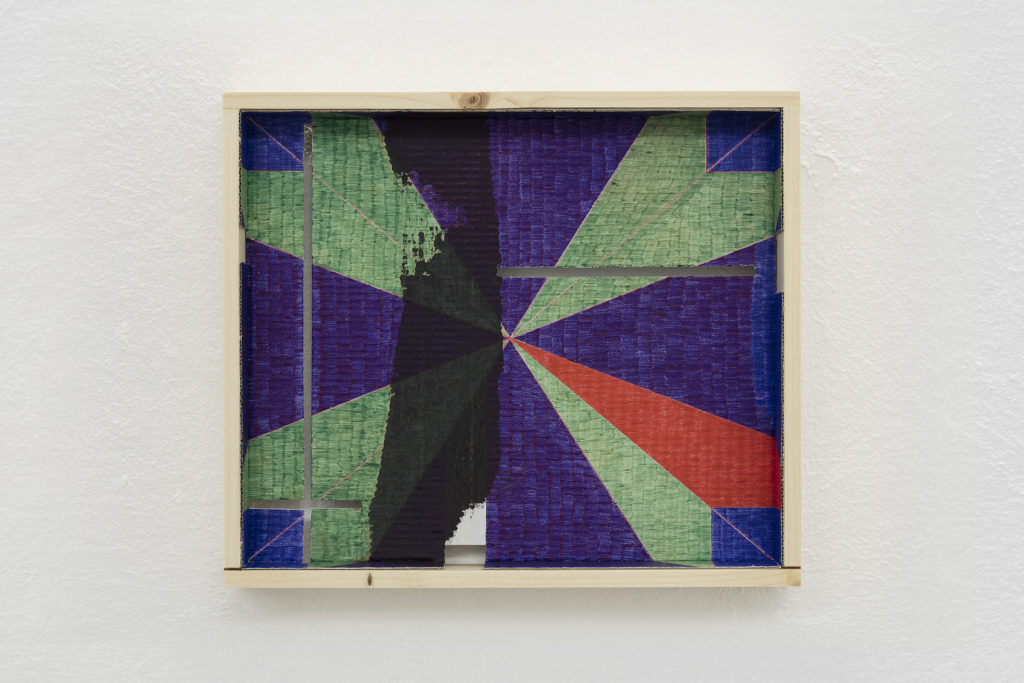 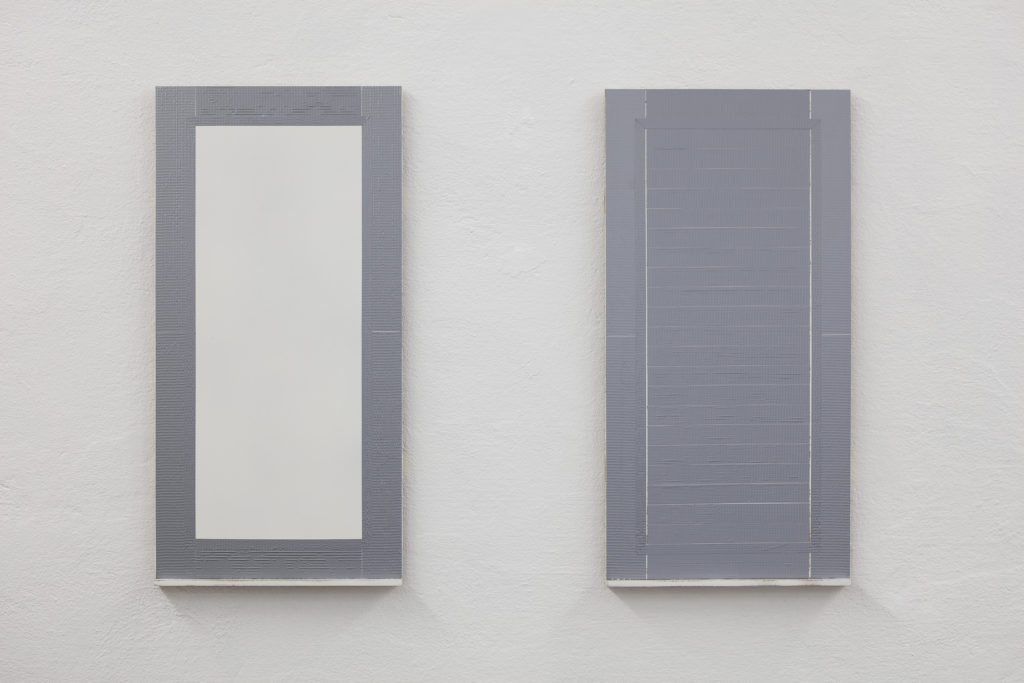 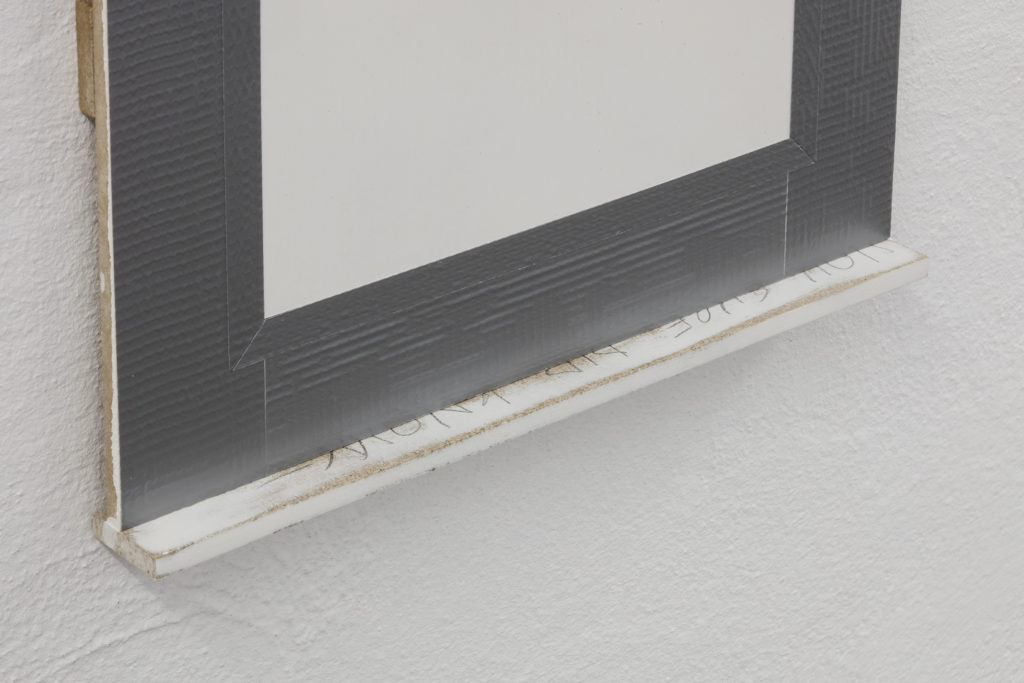 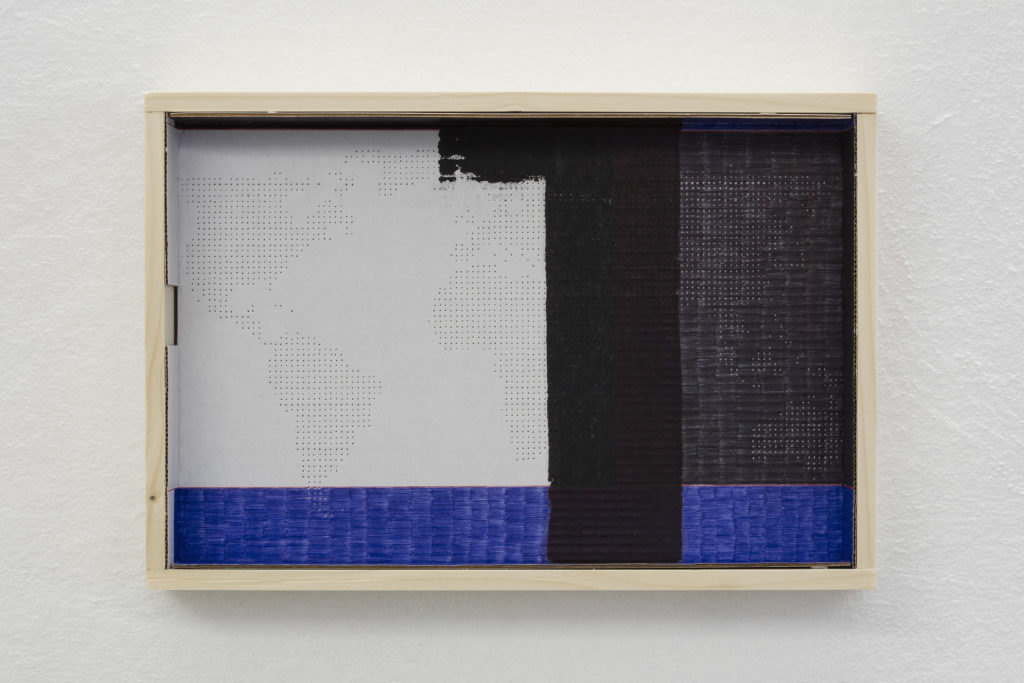 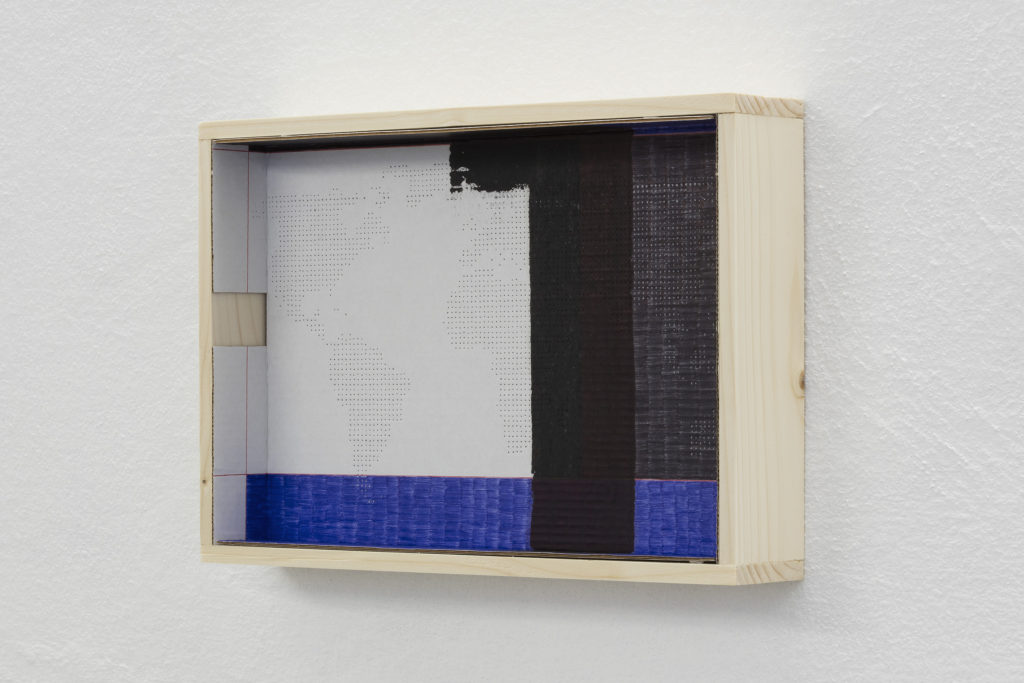 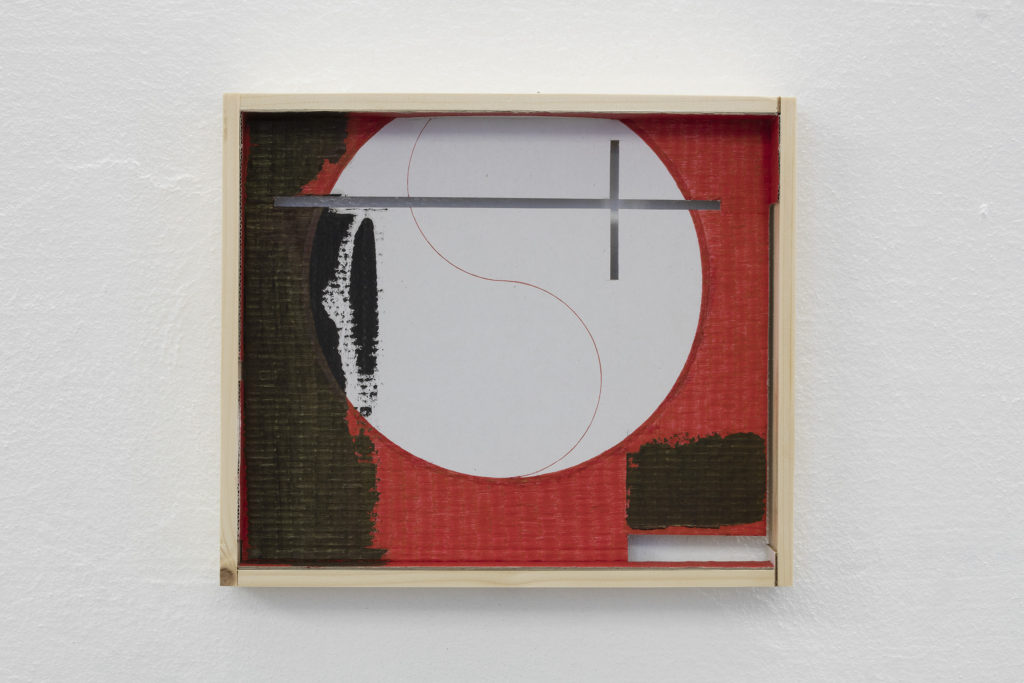 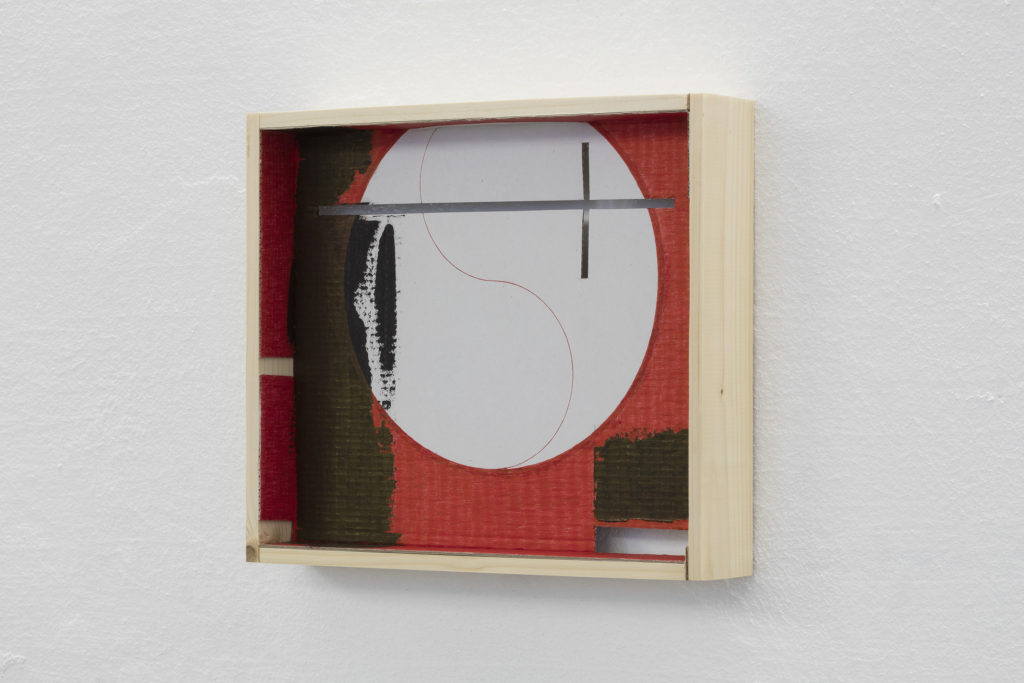 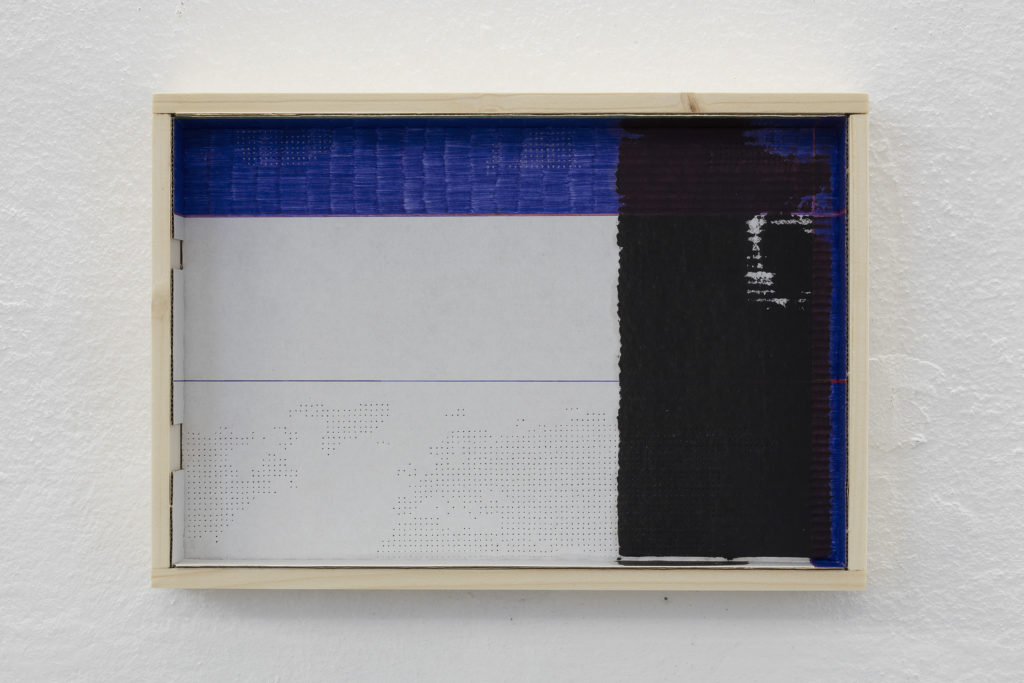 Castiglioni has the pleasure to introduce “Poltrone d’Europa”, Alessandro Carano’s first solo exhibition with the gallery.

” […] Being sedentary, poltrone europeo, means being aware of the burden of the history of art, which lifts the artist from his personal responsibility, enchains him to his very creative obsession and turns his gestual impulse into a calligraphy, lossless.
Do not undergoing any losses maintains the artist’s identity, who keeps his vision: the ghost-filled tension floating on his dimora di poltrone, of the standing still one engaging with his creative journey, even in his memory […]”.¹

In the exhibition, Alessandro, through carving and puncturing the cardboard and the employ of ballpoint pen, shows five boxes of tagliatelle rebuilt with some of the most ancient symbols of humanity and two maps of the world.
Along with these, he displays a pair of shutter windows made out of heavy duty tape already compulsively used in the past by the artist in the artwork “Lovecraft” (Donkey Man, Mendes Wood, San Paolo, 2017).
The exhibition has a prominent psychological sense to it, physically homey and hypnotic. The artist seeks the suspension of disbelief relating the relevance of the allure coming from a deep understanding of art history. This suspension lurks in a process that prevents him from losing the lightness and the guile of listening to what the work itself suggests in order to be closed; despite his being labelled “Poltrone d’Europa”.