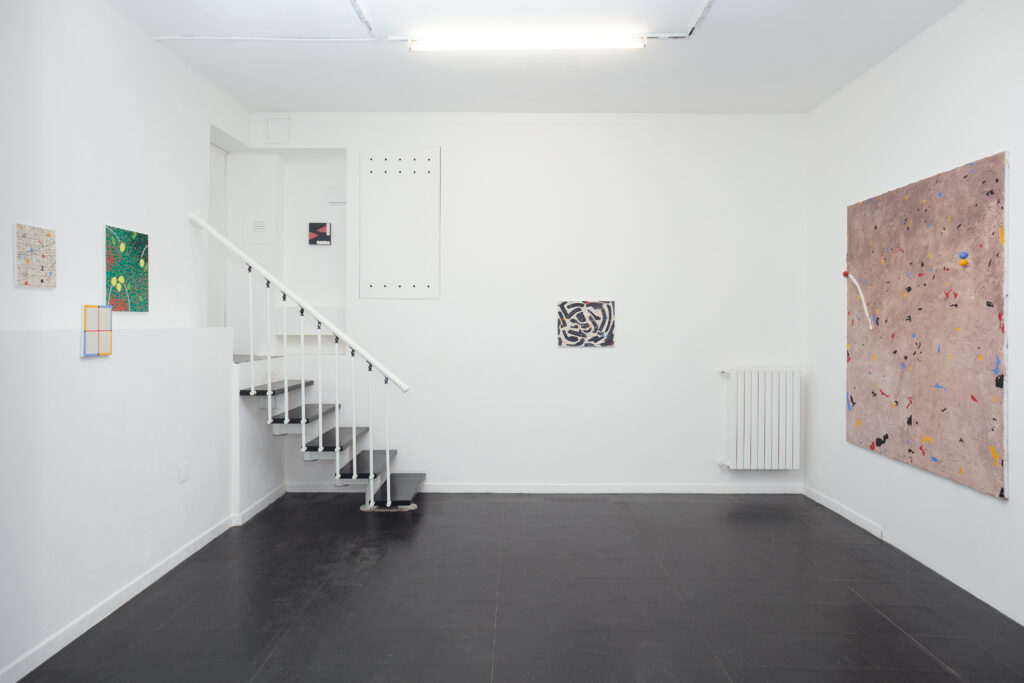 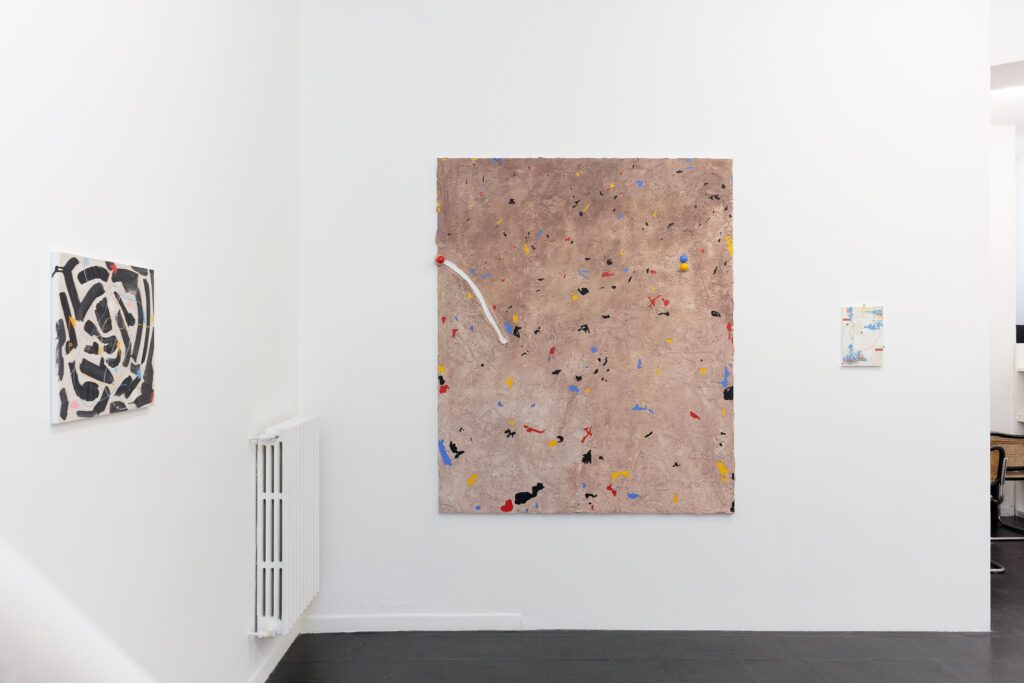 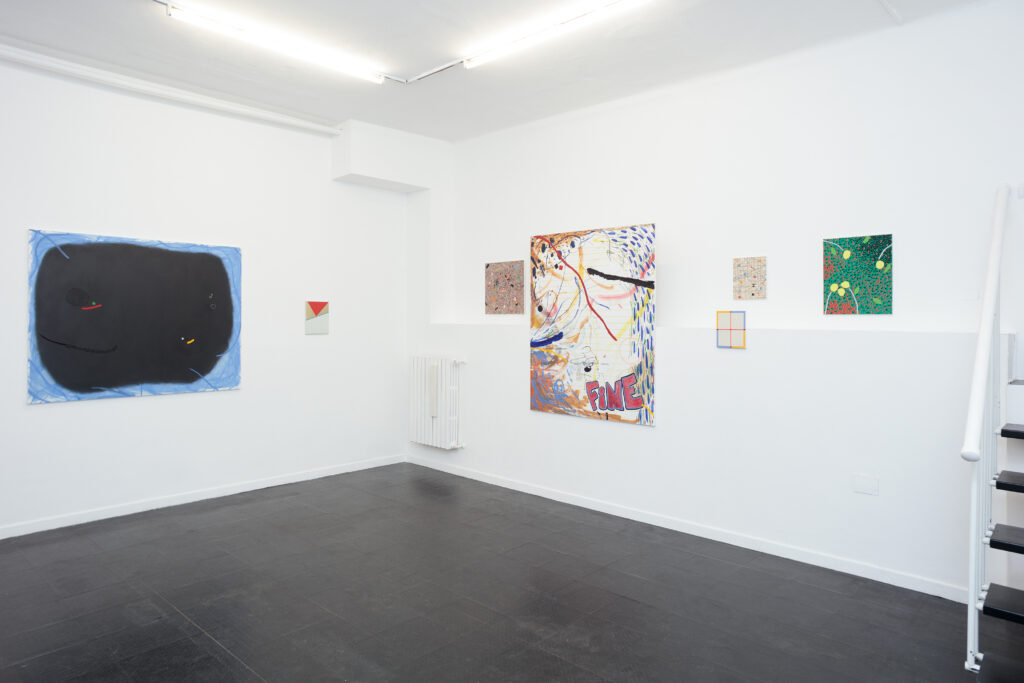 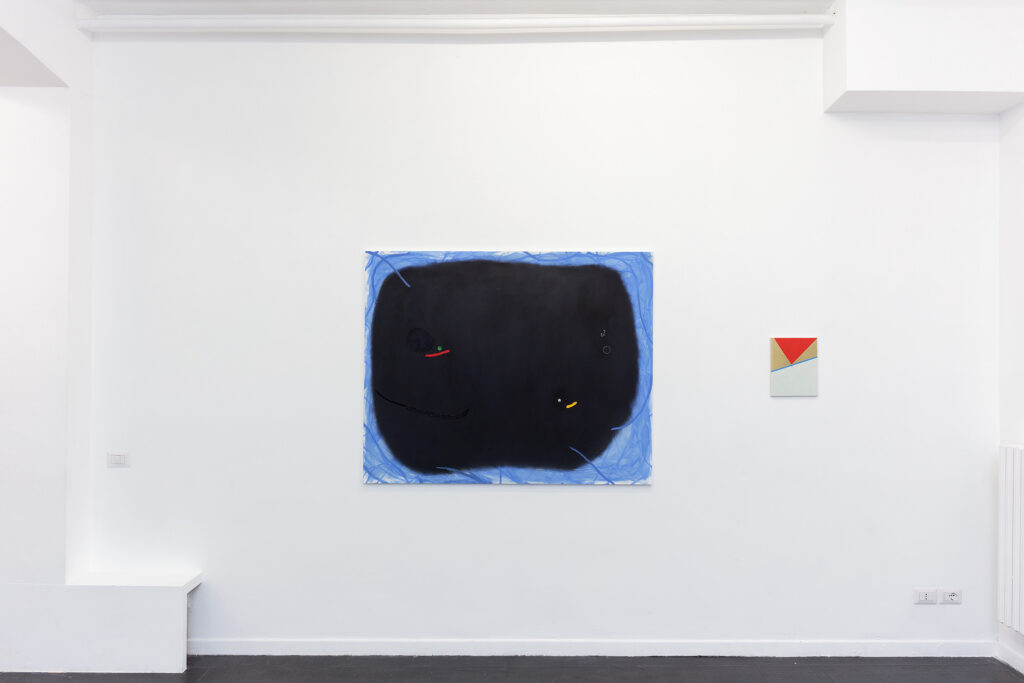 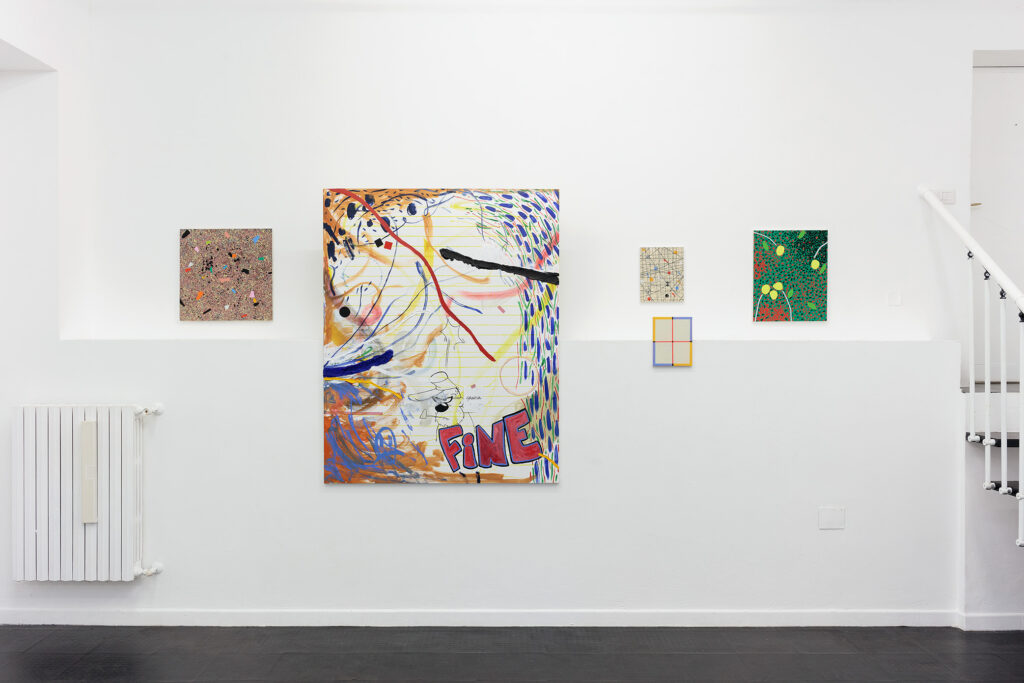 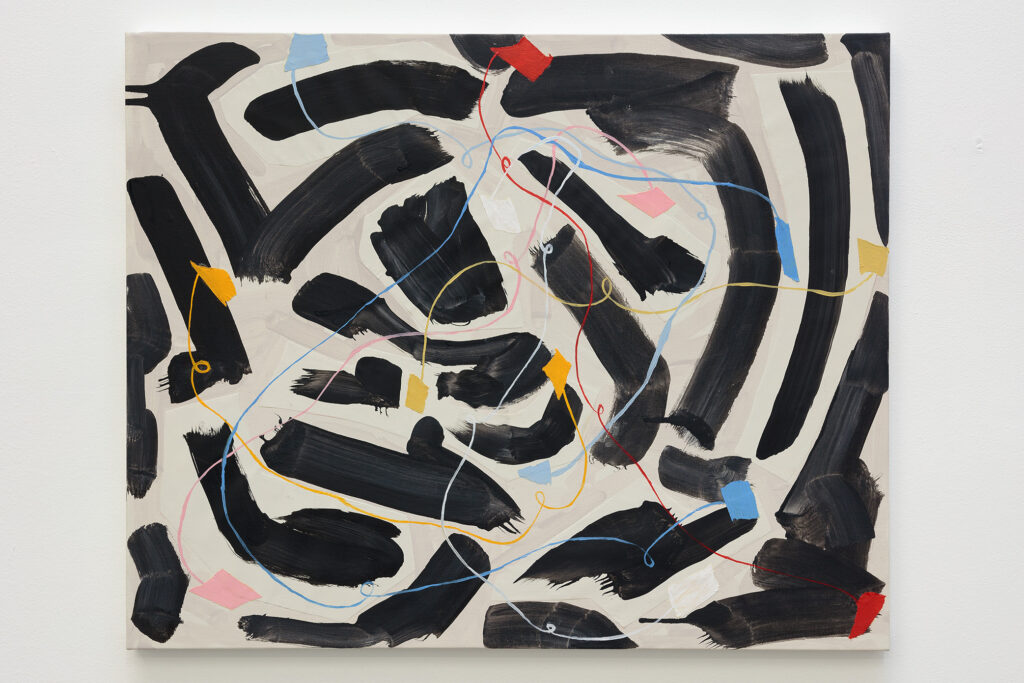 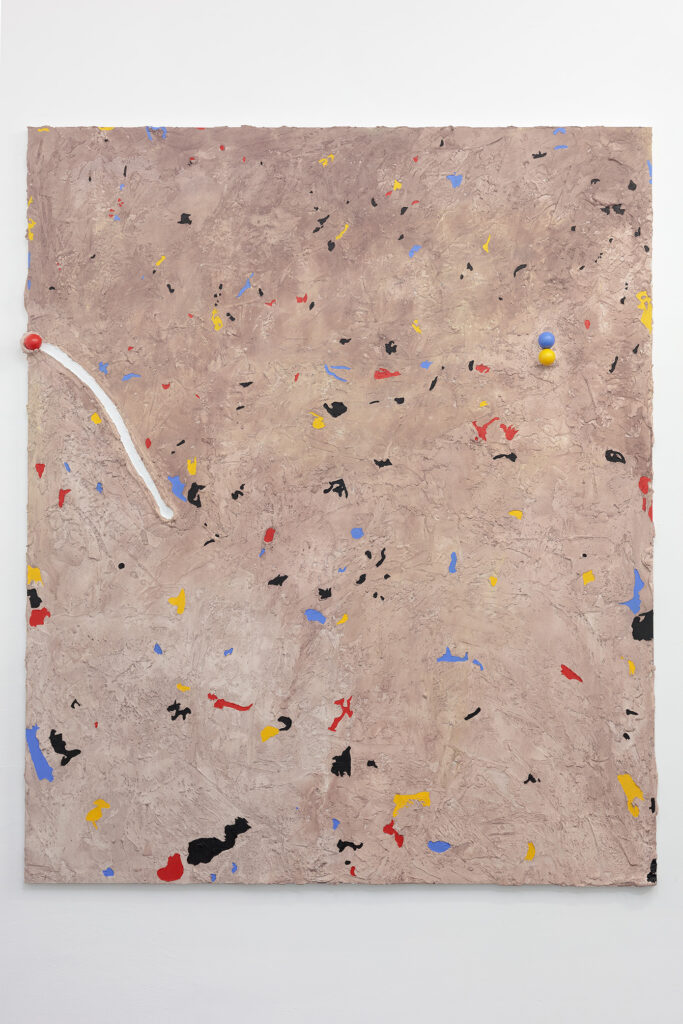 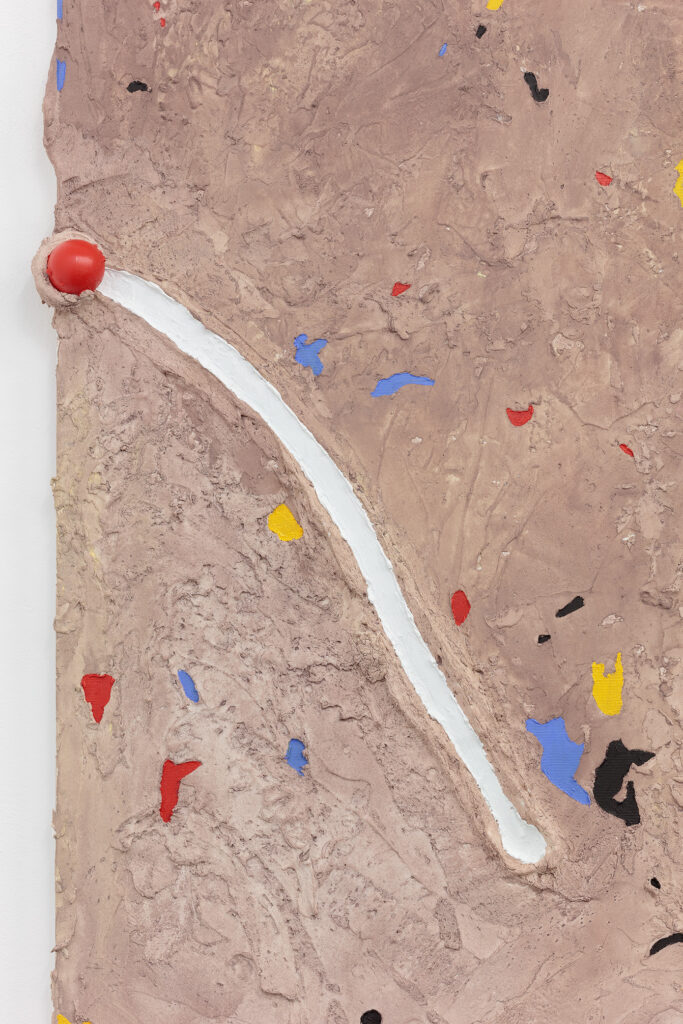 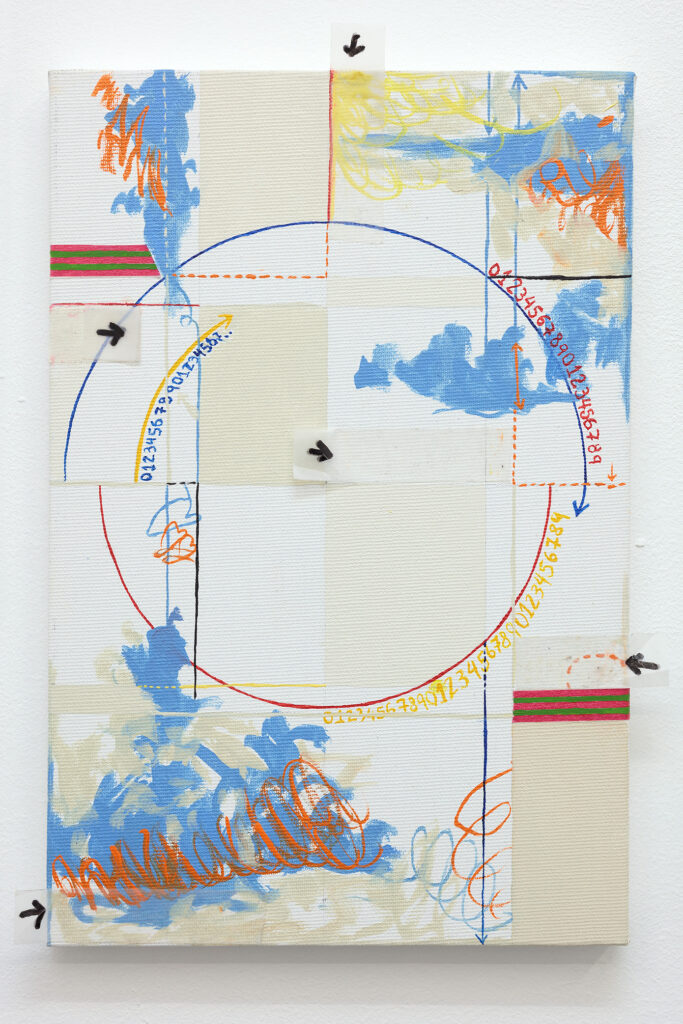 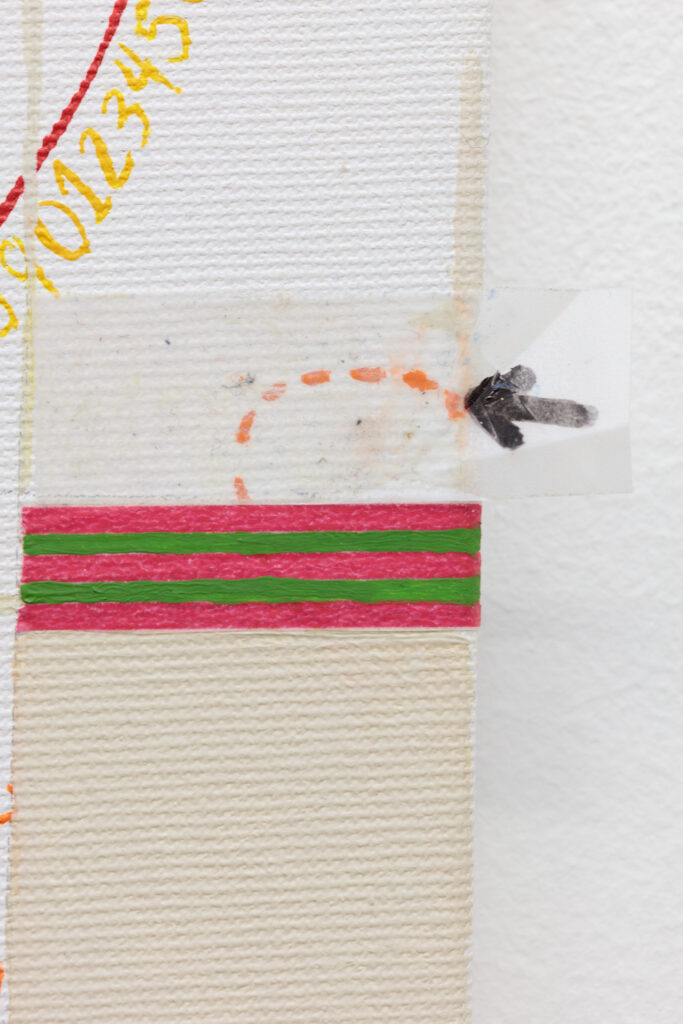 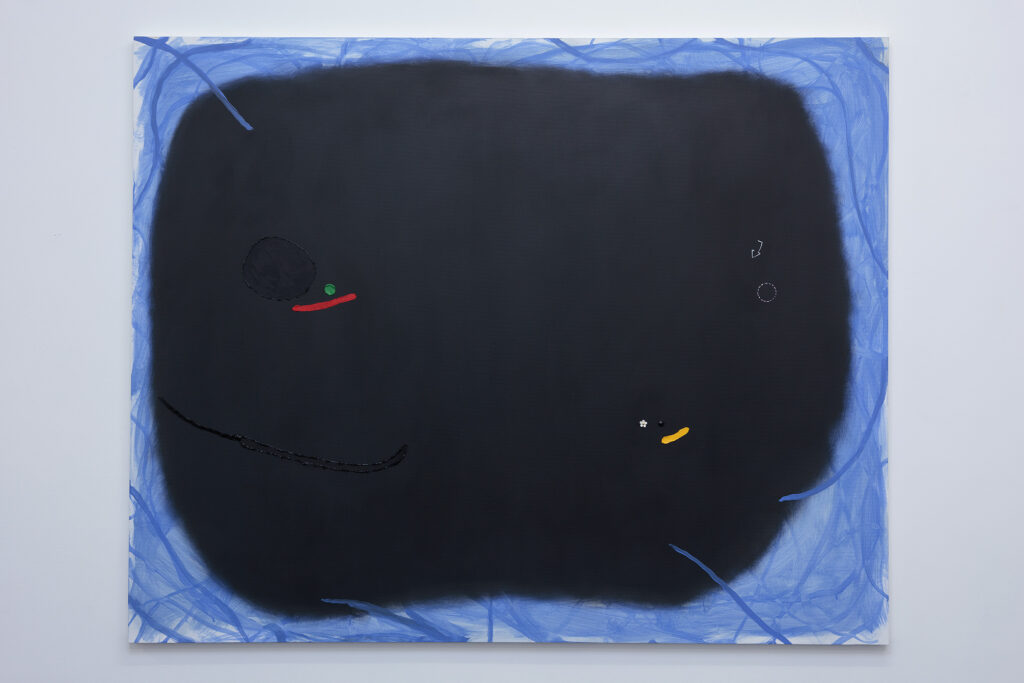 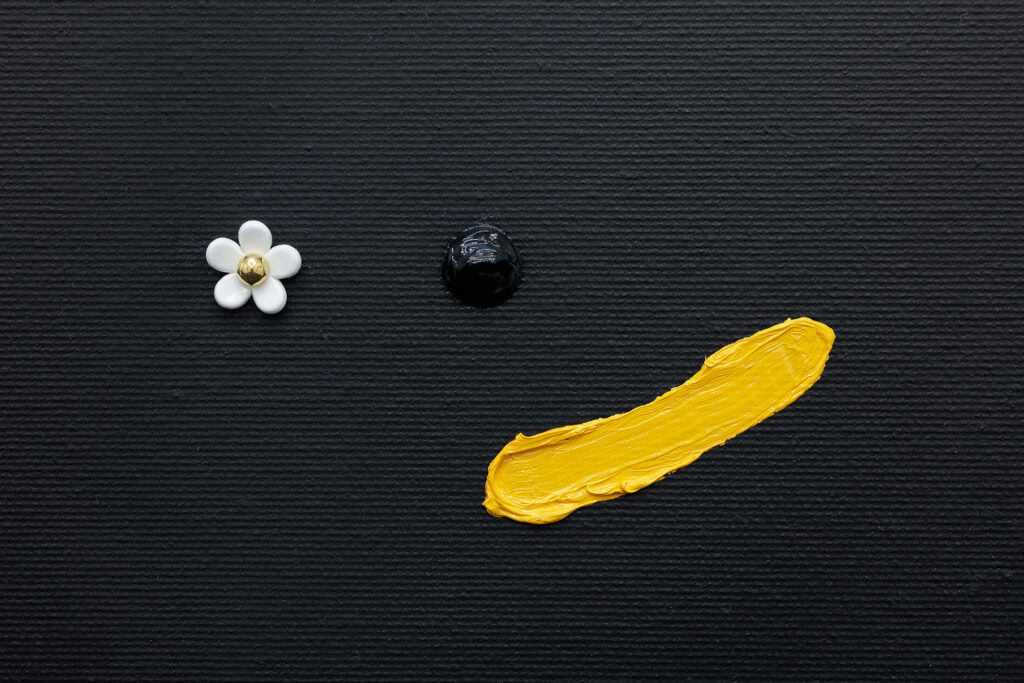 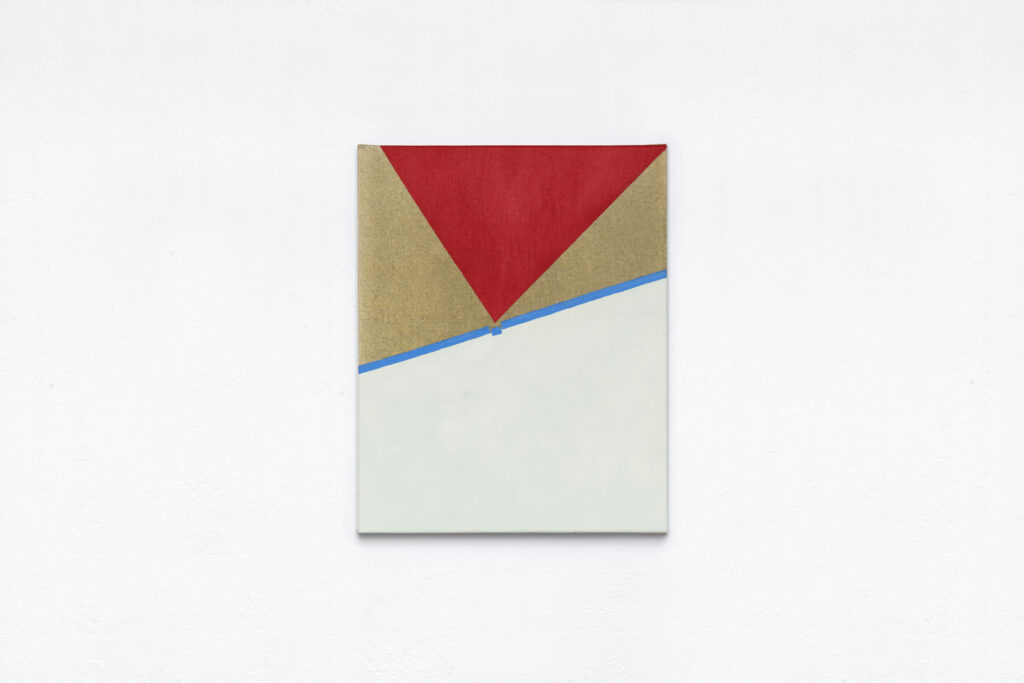 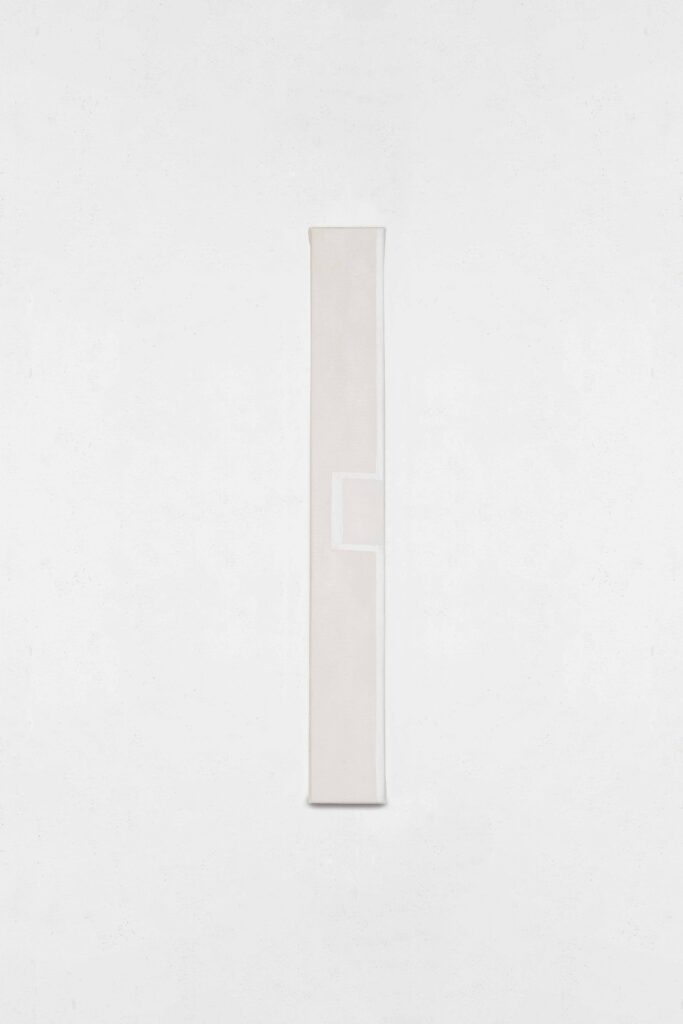 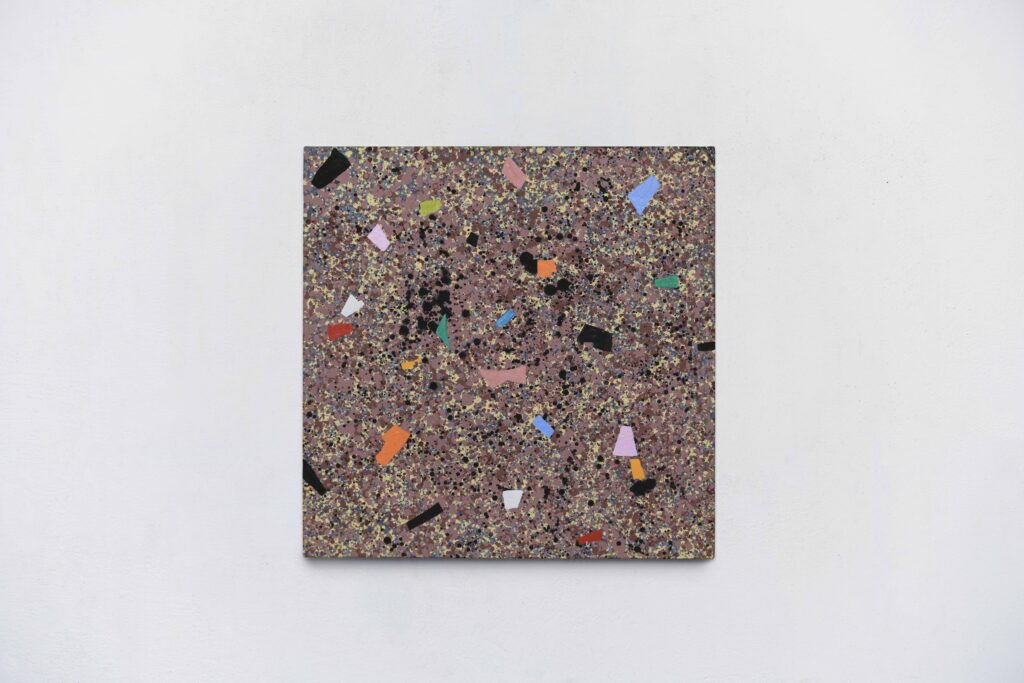 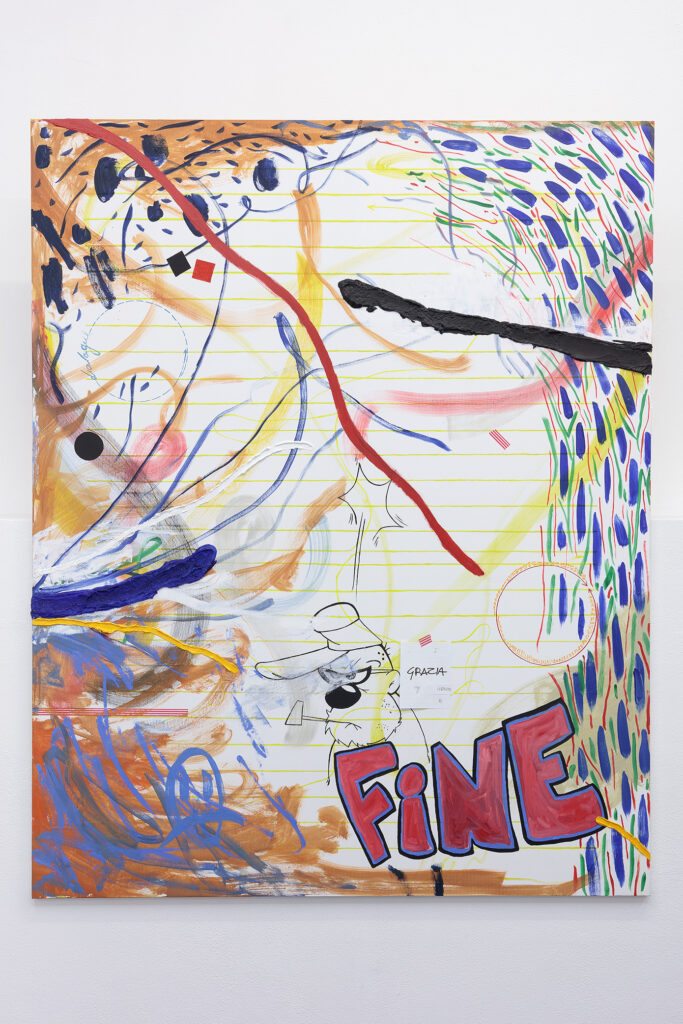 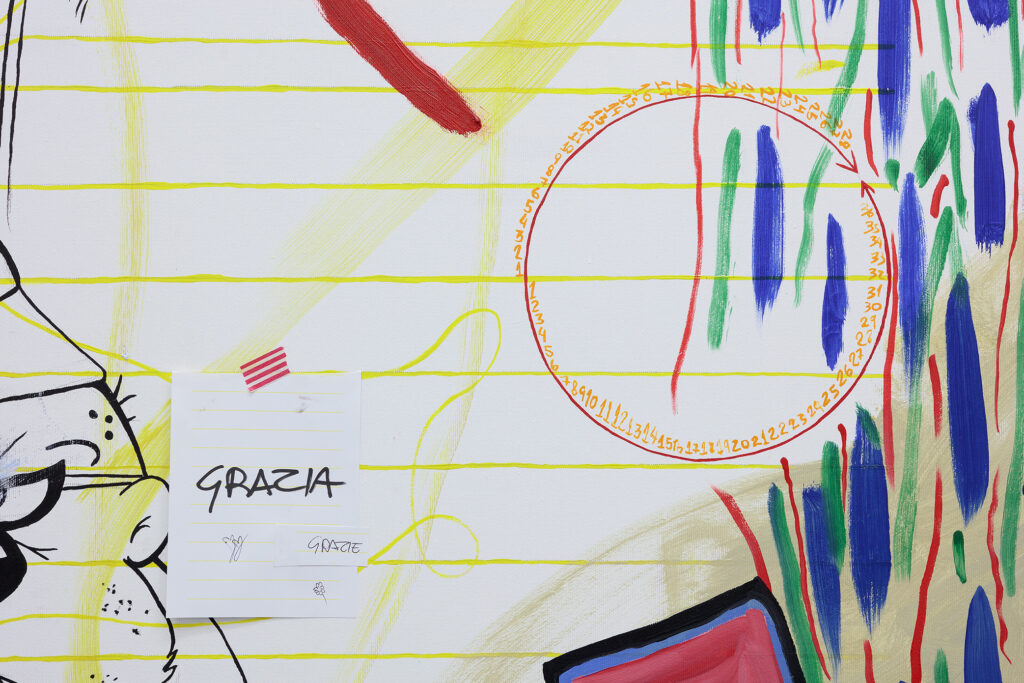 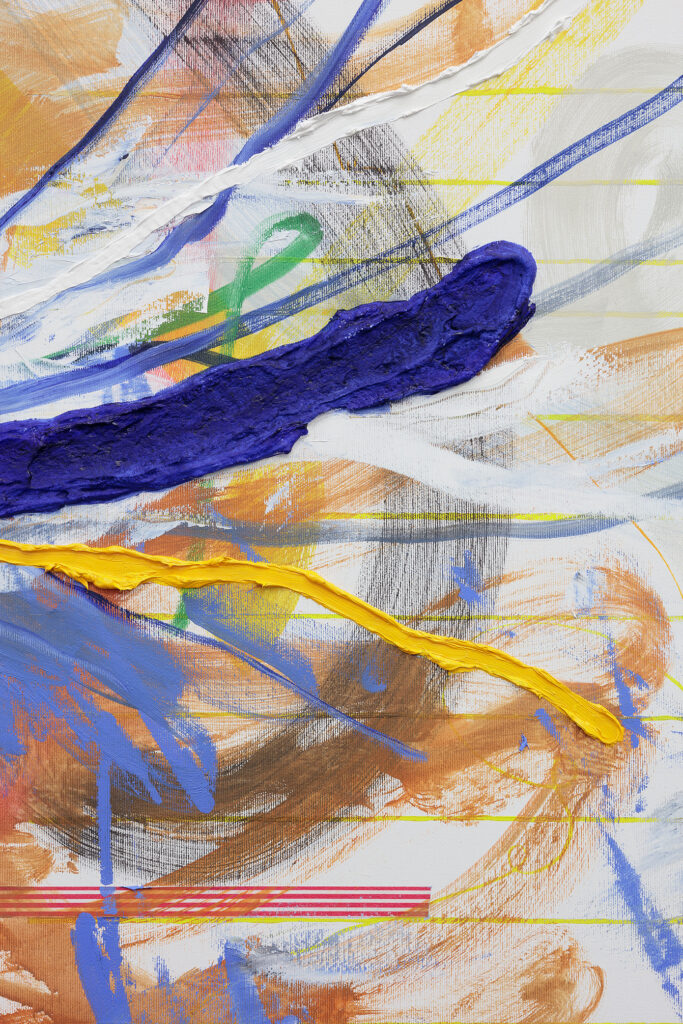 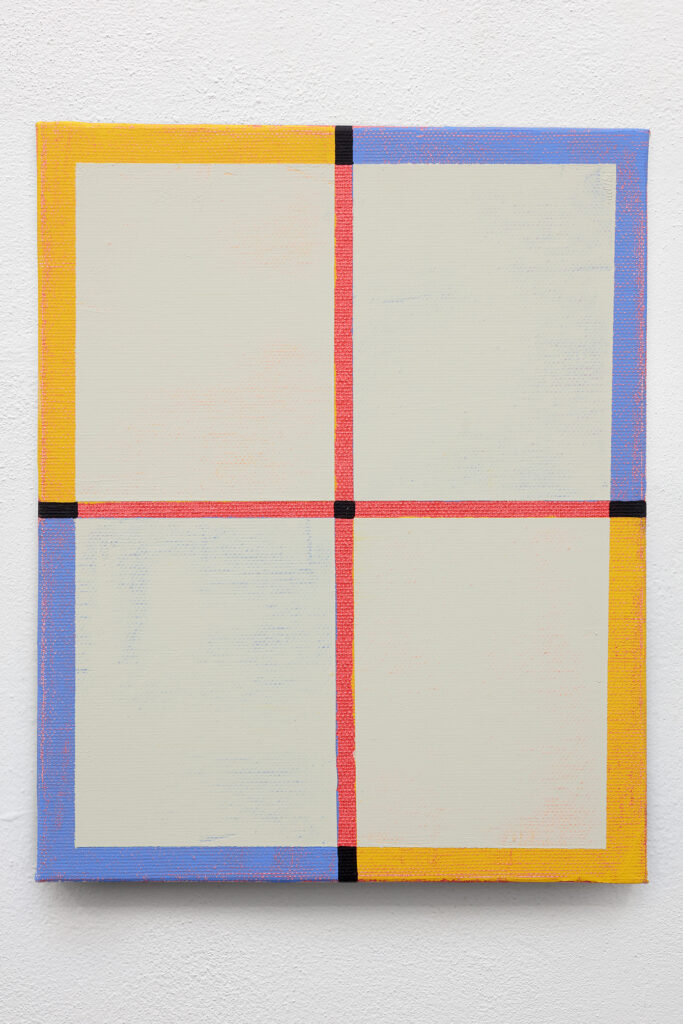 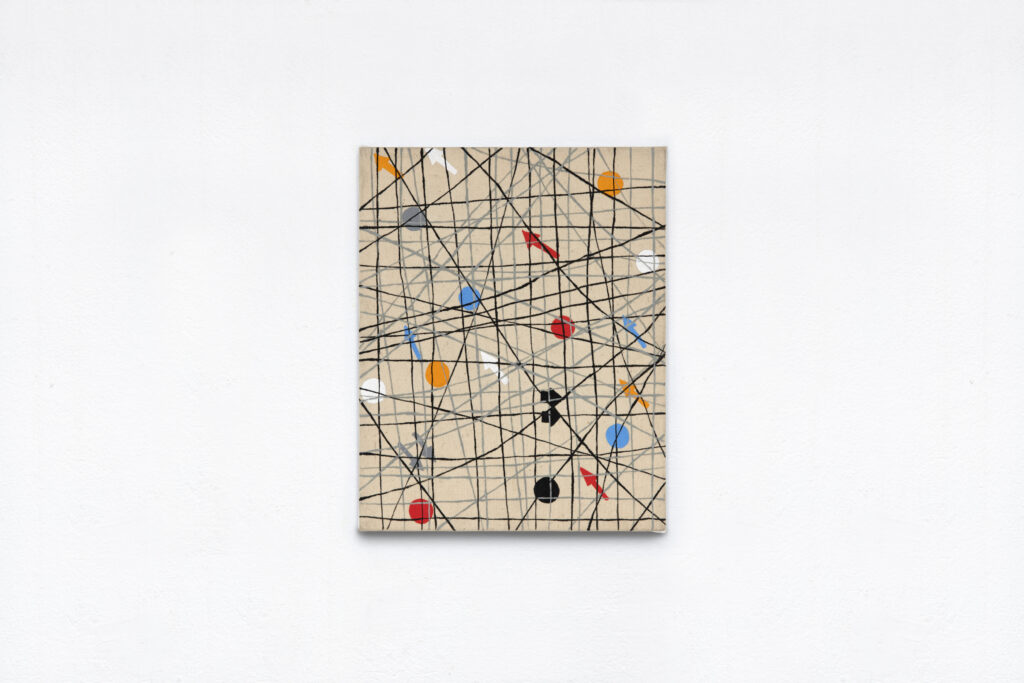 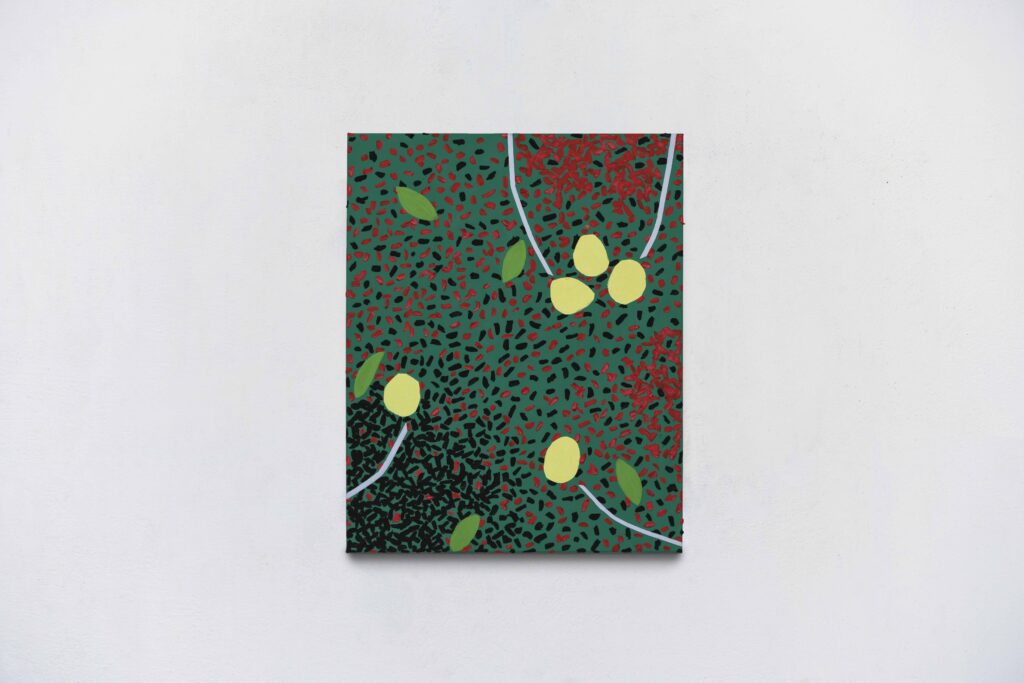 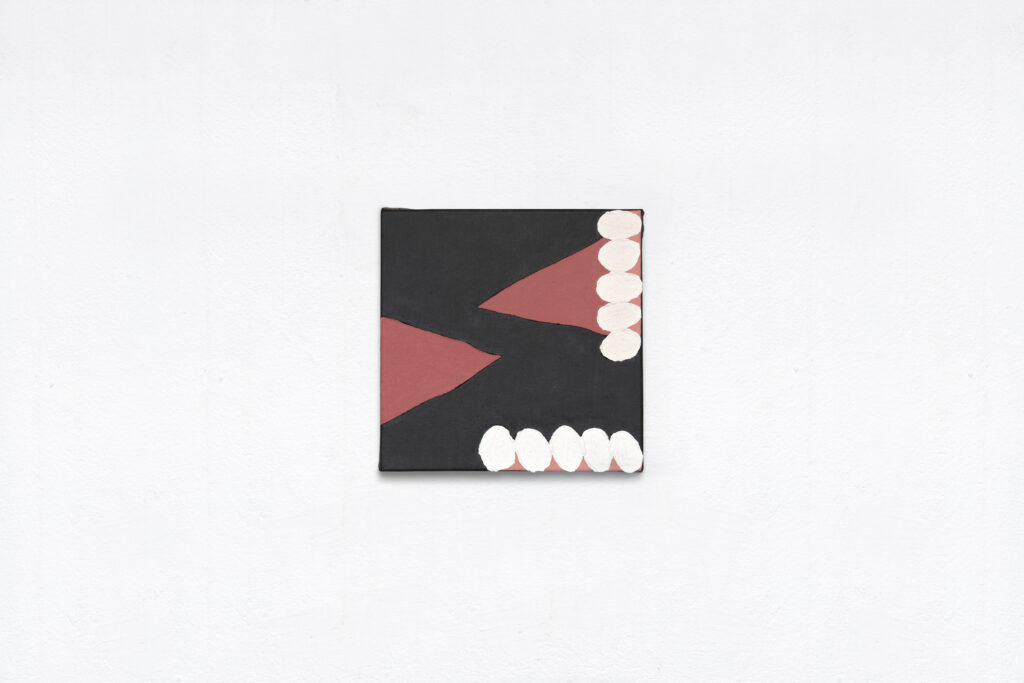 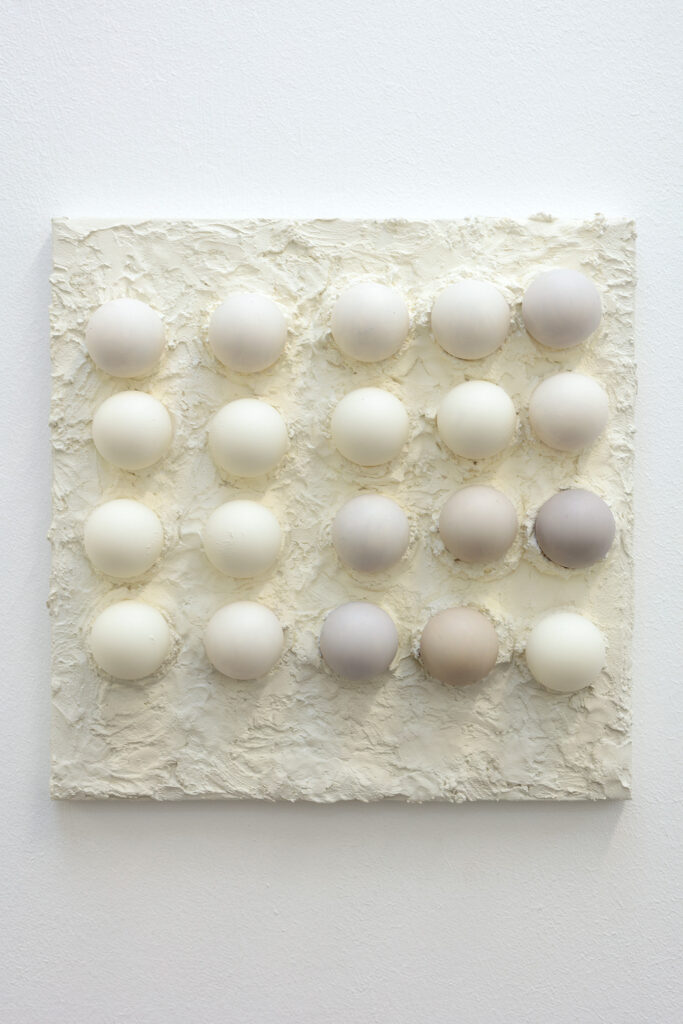 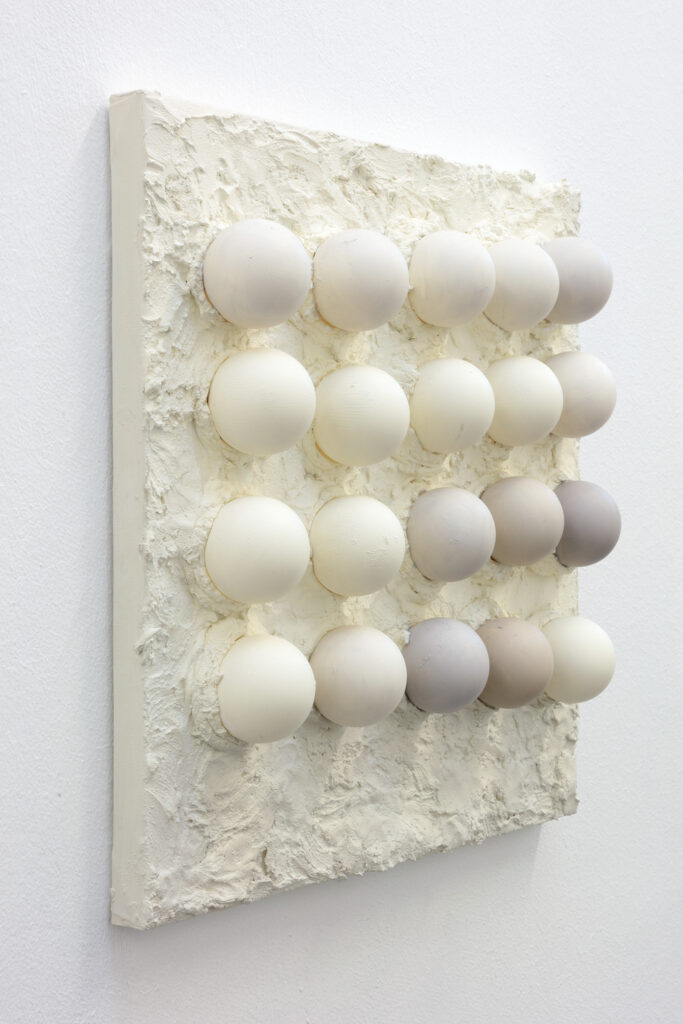 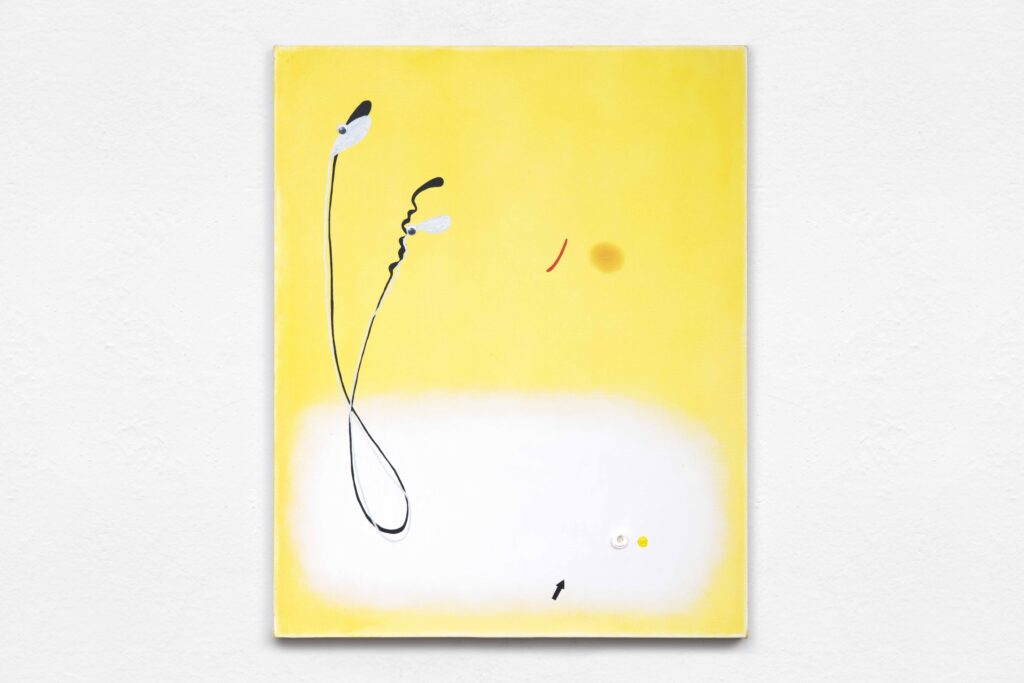 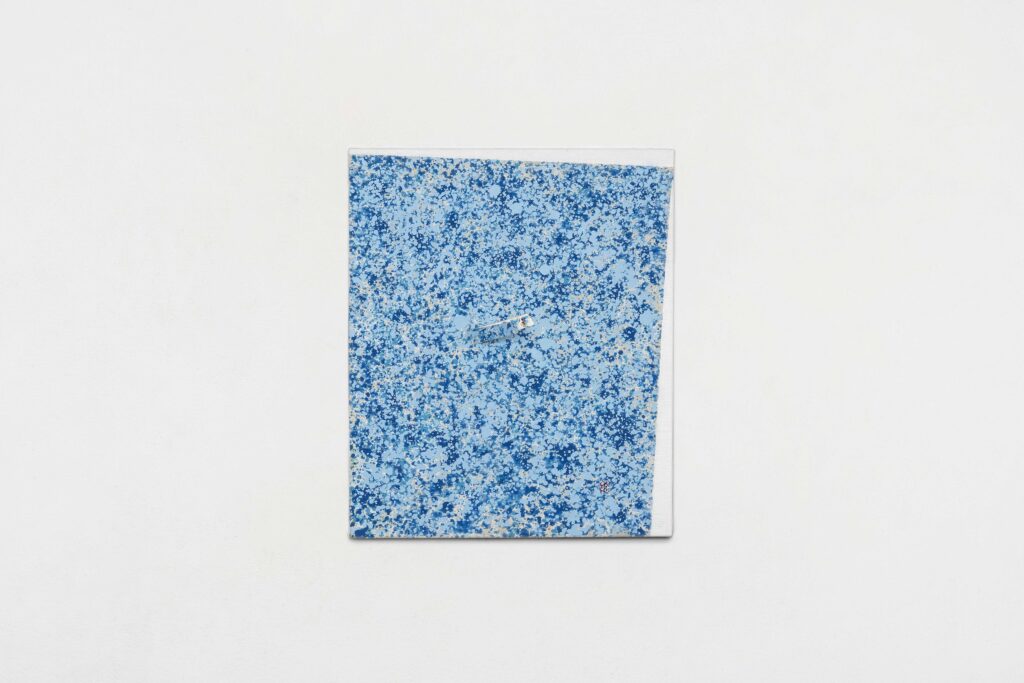 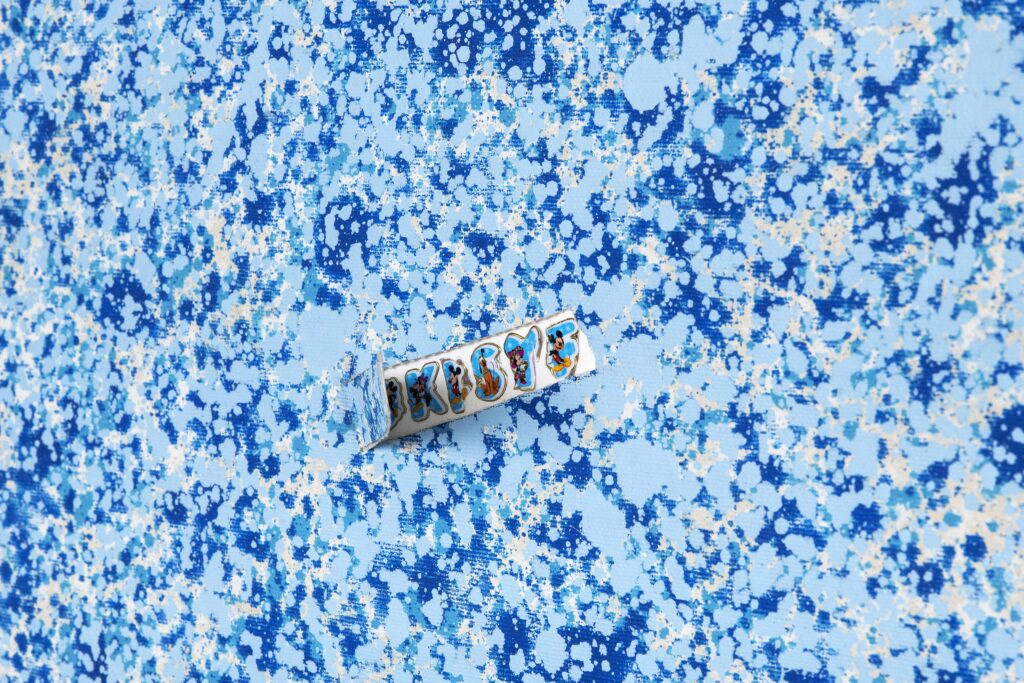 A few weeks before his death, Eugéne Delacroix wrote in his diary that “the first quality of a painting is to be a joy to the eye”. And he added: “not that it doesn’t also require intelligence, but it’s exactly the same with beautiful verse… all the intelligence in the world does not prevent them from being ugly, if they offend the ear”. In the one hundred and sixty years since these words were spoken, the concept of what does or does not offend eyes and ears has undergone a series of twists and turns that made it broader, more malleable, and elusive than ever before.

It’s not surprising, then, that Thomaz Rosa’s paintings, so different from those by Delacroix, are actually moved by the same principle, and that in our eyes they are a true joy. But if the great French master concluded his thought by writing that one must have an eye, because “not all eyes are capable of savouring the finesse of painting”, Rosa seems to intend to make a generous kind of painting, capable of enticing even less willing and predisposed eyes. His work is the result of a competent but spontaneous research, lead by an inexhaustible curiosity for everything that could be concerning painting and the paintable: a passion that survives in the finished canvases and gives them a contagious energy to which it’s diffucult to remain indifferent.

The tradition they are a part of, however, is that of a modest and anti-heroic art, which prefers to propose itself rather than imposing itself on those in front of it. And what Thomaz proposes, besides being a way of painting, is a way of looking at painting: abandoning ourselves without fear and yield to its charm, letting be “taken by the eye” and getting lost in the infinite formal solutions inherited from a century and a half of constant exploration of the potentialities (and limits) of pictorial language. Stolen from a song of Iosonouncane’s debut album, the title that Thomaz has chosen for the exhibition wants to emphasize this invitation, already implicit in the paintings, to enjoy all that painting has to offer, following the example of an omnivorous and enthusiastic taster like him.

Rifacciamoci la bocca coi cibi buoni di Gusto (Let’s refresh our mouths with Tasteful foods)… getting involved with the playful spirit of the of the exhibition, it’s tempting to change it into Rifacciamoci la bocca coi cibi buoni di Gusto (n) .
Philip Guston is a fundamental reference point for any contemporary artist who consciously sets himself the rectangular limit of the framed canvas. An author who like few has managed to give meaning to painting in the contemporary world, paradoxically discovering in it an ideal place to search freely for his own language. The renunciation of his established position in the elite of abstract expressionism and the indifference for the potentialities of the “contemporary” modes of expression, demonstrate his intuition of a new role for the ancient language of painting. Suddenly freed from the weight of avant-garde research, the painter has the right to return to paint what he wants and how he wants to, and to enjoy with self-irony and without guilt his own “stupidity”. So, as Luca Bertolo writes, Guston’s tasteful foods are intended for “all those who are ready to set aside, at least once in a while, their damned intelligence” and who “have the courage and luck, at least once in a while, to open their eyes and see”. There is no doubt that among these sighted ones, brave and fortunate, there is also Thomaz Rosa, and with the help of his paintings, perhaps,we too could open our eyes.

We use cookies to ensure that we give you the best experience on our website. If you continue to use this site we will assume that you are happy with it.Ok